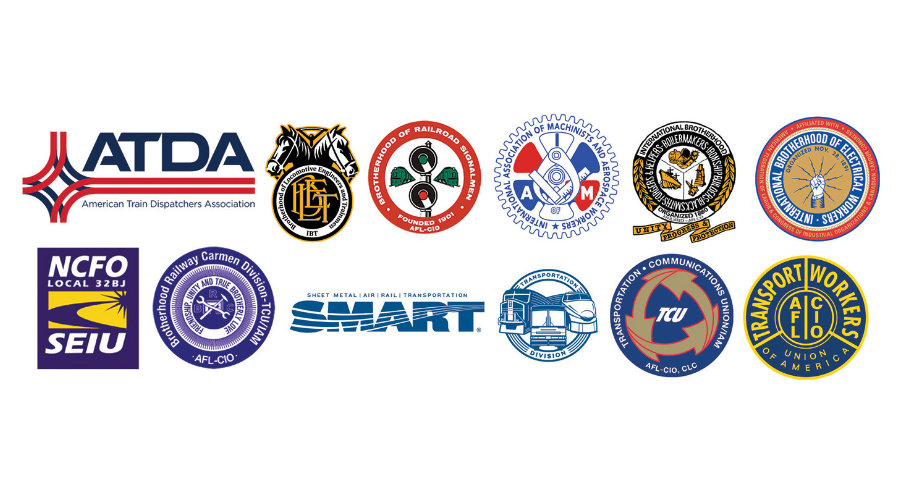 The rail unions that make up the Coordinated Bargaining Coalition (CBC), negotiating together in the current round of national negotiations, yesterday issued a statement describing from their perspective the status of negotiations with the nation's largest rail carriers.

The CBC and nation's rail carriers have been at the bargaining table since early 2020.

Since January of this year, the CBC has continued to meet with the rail carriers, returning to in-person meetings in August. At that meeting, CBC "made it clear to the rail carriers that neither our bargaining coalition, nor our collective memberships, would accept a concessionary agreement on a voluntary basis," according to CBC's statement.

"The carriers were told that our members have been asked to work as essential workers throughout the pandemic, while being treated more like expendable workers. Our members are infuriated that they have worked through these conditions without a wage increase in over two years and it is unacceptable that the nation’s rail carriers continue to stonewall CBC Unions in our effort to settle our contract negotiations on a voluntary basis," the statement says.

In January, the CBC said that the carriers haven't made proposals "worthy of consideration" by the coalition's unions.

"No carrier proposals have been received since our January 2021 update that would change the veracity of that statement," CBC officials said in yesterday's statement. "We will continue to negotiate in good faith, fully recognizing that it is our members who must ratify any voluntary agreement."