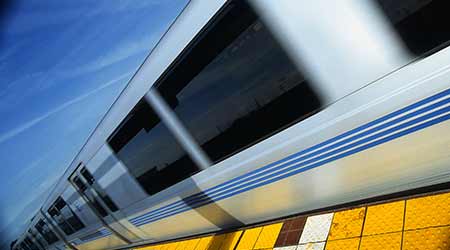 The Amalgamated Transit Union (ATU) is the largest labor union representing transit and allied workers in the United States. Founded in 1892, the ATU today has more than 199,000 members, including those working light-rail, subway and streetcar systems. Of the union’s total membership, about 12 percent work in the transit-rail industry.

Progressive Railroading recently interviewed ATU International President Lawrence Hanley. In a wide ranging discussion, he expressed disappointment about the U.S. and Canadian governments' shift away from what he believes should have been adequate financial support of mass transportation over the past few decades. As a result, many transit-rail systems built in the 1970s — such as the Metrorail system in Washington, D.C. — have fallen into a state of disrepair, Hanley said. 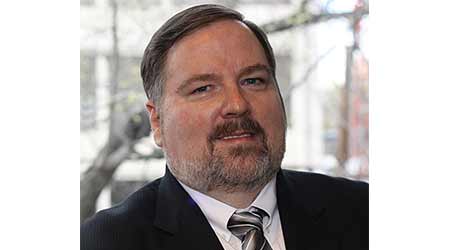 What will become of America's workers if all vehiclese become driverless?
— Lawrence Hanley, ATU

He also expressed concern over the trend toward privatization, in which agency boards or municipalities turn over management and/or operation of their transit systems to a private company. Those entities put the squeeze on wages, making it harder to recruit and retain transit employees at a time when the workforce is aging and longtime workers are leaving for retirement, he believes.

How would you characterize the current state of the transit-rail industry’s labor-management relationship?

It’s fairly tense, particularly because we’ve gone for years with inadequate funding. And that results in poor labor relations. Agencies, and sometimes private companies, are always forced to try to do more with less and that puts pressure and tension into those relationships. In addition, we have agencies that are terribly mismanaged and that creates a lot of tension in the workforce, as well.

Many agencies are concerned there will be less federal funding for transit under the current administration. What do you see occurring as a result?

You could look at [the transit systems] in Washington, D.C., and Baltimore as examples. These are places that have relatively new systems. They were built 40 years ago, but they were built at a moment in our history of high ambition for transit. After that, government went in a different direction. As a result, it ignored and underfunded these systems, and both of them are now falling apart. For example, Baltimore just had to shut down the entire subway system for a month because of neglect of the tracks and all kinds of safety issues. . . .

Lack of funding indicates a lack of interest on the part of government officials, as opposed to the 1970s when these systems were built and there was a whole gung-ho attitude about mass transit. . . . There are exceptions, such as in Salt Lake City where there is genuine interest locally in expanding light rail. So, they've taken a serious interest in funding transit — locally, though. Again, federally, funding has been a disaster. And by the way, this was true in the Obama administration, as well as with Trump's.

Give some examples of how this lack of funding is directly impacting your members.

With the lack of funding, there has been a move toward privatization. Privatization really just means lower wages. . . . The agency or municipality brings in a private company to [operate the transit system and] take all the blame so the agency heads and board members don’t have to own up to lowering people’s wages.

Do you see a difference between Canada and the U.S. in terms of transit funding?

It's a constant struggle in Canada, as it is here, to maintain the proper levels of transit funding. On the other hand, localities like Ontario are taking a very serious look at funding. We disagree with some of what they are doing, but at least they're focused on funding transit. Also, I can tell you there's much more funding of transit per capita in Canada than there is in the United States.

What do you consider the major near-term issues/concerns facing the industry and your union?

A lot of it stems from funding. But we have safety issues, too. For example, a lot of our buses were re-engineered over the last 30 years in a way that created blind spots in front of the buses. Every day a pedestrian is hit by a bus in North America and it's almost always because the bus driver never saw them [due to these blind spots]. . . . We've been on a campaign for two years now to get the agencies [to address the problem] but they are in complete denial.

Are there safety issues of concern in rail?

On a closed system, we are concerned with rail dust and contaminants in the air, which is dangerous to the workers and riders. That is something that has to be dealt with.

Going forward, what will the major issues be?

We have a graying workforce. People who work in transit are 10 years older than the average worker. Many of these folks are getting ready to retire, and there are inadequate training programs at our agencies to run our systems. So that becomes a major problem.

The job of working in transit is a hard, dirty job. And the pay is inadequate to attract people to those jobs even in a bad economy. But the economy now is so good that people have good options and, as a result, agencies around the country are having a hard time hiring transit workers. . . . We are really trying to convince agencies to pay a decent wage.

Additionally, as our population continues to grow, and if the trend continues with millennials not wanting to drive cars, our systems will become more congested. And we're going to need more rail to support the demand for transit services.

Are you concerned about the potential impact automation will have on the workforce?

We anticipate over the course of the next 10 years we'll be engaged in a lot of public debate around the United States and Canada about how to deal with technology that [the transportation industry] believes will make the systems more efficient. But that raises the perennial question: What will become of America's workers if all vehicles become driverless?

What that ignores in a major transit system is it's not just about who's driving it, but what if something happens on the train. This has happened in the rail industry, as crew sizes have been shrinking. Now it's down to two people and the intent is to take it down to one — and the intent of the freight industry is to have it driverless.

. . . But, what happens when the train goes off the tracks? There has to be personnel on the train who know how to deal with it.

What role do you believe labor will play in helping to carry the transit industry into the future?

The main thing, really, is the union provides the workers with a collective voice to try to get some of these concerns addressed. Bargaining has been working at this for 125 years. When we started out, we had members literally freezing to death at work when they were driving street railways with horses because the drivers did not sit in [covered] compartments.

Also, there's a lot of coalition-building with our riders to fight for transit. There are 100 people riding our systems for every one of our active members. We encourage our local unions to engage with riders and rider groups, and we're happy that there's a growing number of rider groups around the United States and Canada.