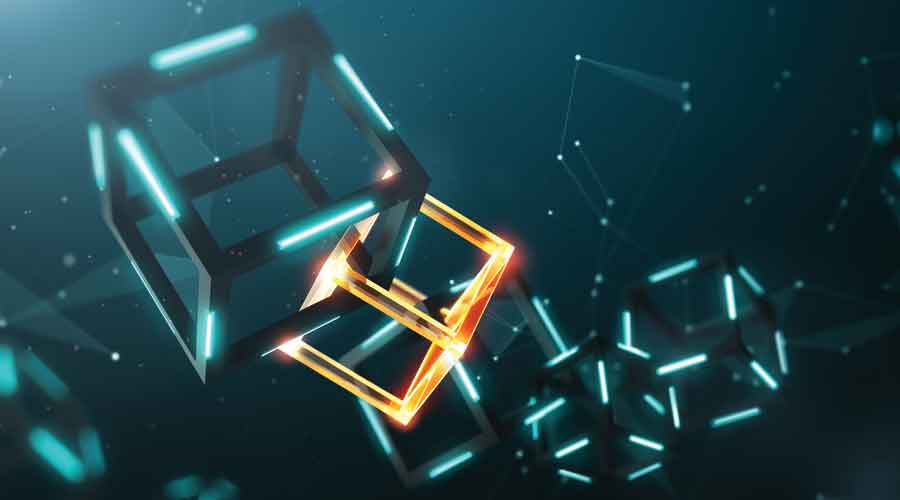 [[Editor's note: This story was updated July 15 to add Canadian Pacific to the list of Class Is that have joined the Blockchain in Transport Alliance.]]

In 2018, several Class Is and other rail companies announced they were joining the Blockchain in Transport Alliance (BiTA) to develop new standards for using blockchain technology to enable a faster, more cost-efficient and transparent freight supply chain.

A year later, some railroads are engaged in pilot projects to test where and how the technology might work to their advantage.

Blockchain is a digital ledger capable of recording transactions and storing data in immutable blocks across a distributed network.

Whether blockchain will be fully embraced by railroads is yet to be determined, although it’s likely the industry eventually will adopt some form of distributed ledger technology, industry observers say. But that won’t happen until standards and a common use are developed and the railroads agree to follow along, observers believe.

For now, railroads are in the blockchain technology exploratory mode. Several have joined BiTA, including BNSF Railway Co., which was the first Class I to sign on. Bart Boudreaux, BNSF’s director of internet technology and emerging technology, serves on BiTA’s board.

“Blockchain technology has the potential to bring significant change to several aspects of the freight transportation industry, specifically how freight shipments are tracked and how paperwork is handled between freight providers,” said BNSF spokeswoman Amy Casas in an email. “Some of the changes we could see as a result of implementing blockchain technology are end-to-end shipment tracking and paperless interactions. BNSF is considering blockchain pilots in several of these areas.”

Other Class Is that have since joined the alliance include Canadian Pacific, CN, CSX, Kansas City Southern, Norfolk Southern Railway and Union Pacific Railroad. Also in the group are the American Short Line and Regional Railroad Association, OmniTRAX Inc., Florida East Coast Railway, RailInc and GE Transportation, a division of Wabtec Corp.

In late 2017, KCS launched a blockchain pilot with Maersk and IBM on crossborder fluidity. The parties worked with U.S. and Mexican customs and border agencies to determine ways to speed northbound containers through customs. With that pilot completed, KCS is beginning the implementation of a broader concept at the border over the next 18 months, said KCS spokeswoman Doniele Carlson in an email.

“KCS believes blockchain digital ledger technology gives us unique opportunities to simplify the shipment clearance process at the border,” Carlson said. “It also allows for a seamless process for providing greater visibility and information to our customers and other stakeholders.”

Because blockchain technology is relatively new, it “has not yet made a dramatic difference in the way we communicate with our stakeholders,” she said.

Although their study analyzed blockchain’s application in maritime shipping, McDaniel sees parallels in how railroads might use it.

“It strikes me that all the reasons that blockchain technology could be helpful in the customs space would equally apply in the railroad space,” she says. “Basically, we’re talking about streamlining the end-to end shipment tracking with paperless interactions with customs and other agencies. That would apply to the shipping area as easily as it would for the railroads.”

However, before blockchain technology is applied across the rail realm, railroads will have to learn to collaborate with each other so that shippers and end-customers can obtain the kind of information consumers now have regarding their online purchases, says Hubert Gassner, chief financial officer of OmniTRAX, which was the first short-line transportation company to join BiTA.

“As consumers, we expect that if you buy something from Amazon, you know where your purchase is, when it will be at your house, and where the driver is now,” says Gassner. “In the rail industry, our customers are no different — they want to know where their shipment is, where it’s going to be next and when it will arrive.”

That same level of transparency isn’t yet available to rail shippers, which is why the concept behind blockchain is so important, Gassner says. Some challenges remain before the technology will transform shipping by rail, he believes.

For example, railroads and their customers will have to get comfortable with two concepts. First, they’ll have to accept a product’s location data shouldn’t be owned by a single player, it should belong to the product being shipped; and the shipping process needs to be more transparent, Gassner says.

“One big problem nowadays is a lot of Class Is and folks in the shipping industry believe that product location data is proprietary and therefore they don’t want to share it," he says.

“Another thing folks are worried about is if there’s so much transparency in the process, people might see inefficiencies in someone’s book [of business], and that’s not something everyone wants to make public,” says Gassner. “Personally, I think shining a light on [an inefficiency] is a good way to figure out how to fix it.”

While it will be years before such changes fully evolve, it’s good for Class Is and short lines to be at the table as blockchain standards are being set through organizations such as BiTA, Gassner says.

Among those at that table: Jennifer Schopfer, vice president and general manager for transport logistics at Wabtec Corp. She serves on the BiTA standards committee and has been active in Wabtec’s blockchain technology pilot projects.

So far, blockchain is being applied more often on the port side of the shipping business than in rail, according to Schopfer. For example, in January 2018, IBM and Maersk announced an effort to create a global trade platform built on blockchain technology. Known as TradeLens, the program uses IBM Blockchain technology as the foundation for digital supply chains.

A range of supply chain partners have since signed up to use TradeLens, including third-party logistics organizations, inland transportation companies, ports and terminals, and ocean carriers, according to TradeLens’ website. Customers and other government entities also are involved by participating in TradeLens pilot projects.

Since TradeLens was launched, more than 100 shipping and cargo firms have signed on. Among the latest: Maersk in late May announced it added shipping firms Mediterranean Shipping Co. and CMA CGM to use the TradeLens platform.

“We (GE Transportation/Wabtec) work with Maersk in our Port Optimizer product, so we’ve done some blockchain pilots on that side of the business,” Schopfer says.

She sees the standards that she’s now helping to develop at BiTA as both a challenge and solution to getting the transportation industry to adopt blockchain technology in a big way.

“When standards are set and everyone can adhere to them, that will enable the technology to have a path forward,” she says. “Blockchain will be beneficial only when it is adopted at scale and all of us are using it — the Class Is, the short lines, the shippers.”

Two other hurdles to clear: agreement on a common use case, or why blockchain has value; and a commitment to the “hard work” it will take to move an entire industry onto a new type of technology.

The rail industry remains in the “very beginning stage” of adopting distributed ledger systems — be it blockchain or some other iteration such as Hedera Hashgraph, OmniTRAX’s Gassner says.

Significant advancements will likely occur over the next five years, he believes.

“The thing that I think will unclog its use is for actual customers to push harder for it,” Gassner says. “The industry has precision scheduled railroading today because customers pushed and said [to railroads] you have to be faster, quicker, more efficient, more effective. The same will be true in this case. Once customers push for it, you’ll see it happen.”