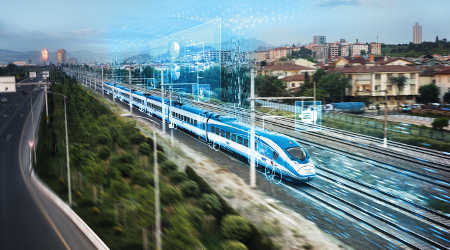 Railroads constantly are on the hunt for strategies to trim their operating costs. As the industry continues to creep into the digital era, predictive analytics may provide another way to do just that.

By using sensors to continually monitor assets, railroaders may be able to fix components before they fail. That could significantly curtail maintenance expenses — not to mention boost efficiency and safety, say suppliers who tout the strategy.

Siemens is one supplier hoping to capitalize on the predictive analytics trend. The company last month launched Siemens Digital Rail Services, a business unit with a stated goal of "digitalizing" the U.S. rail industry.

Each year, trains generate billions of pieces of data; Siemens' aim is to help railroads make sense of that information and take action where appropriate.

The challenge is finding a way to comb through that data and transform it into usable insights, such as warnings when wheels, brakes or other major components need to be replaced. Enter Railigent™, Siemens' cloud-based industrial data analytics platform.

The platform uses real-time monitoring to provide insight on a train's state and location. In addition, Railigent employs data analytics to perform root cause analysis and remote vehicle and infrastructure diagnostics. In the future, Railigent also will feature cybersecurity services, according to Siemens.

The platform is connected to Mindsphere, the company's Internet of Things (IoT) operating system.

The overarching idea is to move away from "reactive maintenance" — that is, performing repairs after equipment fails — and focus instead on prediction-based maintenance. With this strategy, rail operators could one day boast 100 percent availability of their trains, Siemens officials claim.

"Predictive maintenance means that components are replaced when they are actually close to failure and not when the manual suggests. This means expensive components are used optimally, lowering total spend on parts and minimizing labor costs associated with maintenance," Siemens officials wrote in a whitepaper titled "The Data Opportunity."

Siemens Digital Rail Services, which is part of the Siemens Mobility Services division, is based in Atlanta, where the company will continue a long-running relationship with the Georgia Institute of Technology. The two entities have forged a nearly 20-year-old partnership aimed at "pursuing manufacturing innovation through software," Siemens officials said. 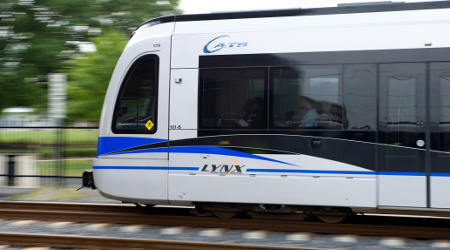 To start off, Siemens Digital Rail Services is working with two clients: the Atlanta Streetcar and the Charlotte Area Transit System (CATS) in North Carolina. Both agencies use Siemens-built trains.

In August 2016, Siemens reached out to CATS about launching a data-based pilot program to help improve reliability, said Allen Smith, the agency's general manager of rail operations. As part of the project, Siemens installed a module on one light-rail car to gather data.

"It's almost like having a heart monitor," Smith said. "It tells you how the vehicle is functioning while it's in service, so you can predict the maintenance of the vehicle rather than trying to guess it on mileage or calendar, which normally everybody else does."

The module is attached to the car's "central controller," which monitors the performance of all critical vehicle subsystems, such as doors, brakes, HVAC, propulsion and auxiliary power. The data gathered from the module is expected to enable CATS to make pre-emptive adjustments to service strategies and planning, according to Siemens.

If the pilot program helps boost reliability, CATS may be able to operate with a lower spare ratio — that is, a lower number of extra cars available in case of breakdowns. Plus, the agency could cut down on repair costs.

"Light-rail [cars] are very expensive and have incremental overhauls," Smith said. "With this type of technology, we might not need those overhauls as often as we thought because we'll have empirical data to justify doing the work or not doing the work."

The pilot program didn't involve a formal contract with CATS, which owns 42 Siemens light-rail cars and buys all its parts from the company.

"It would be no cost to us and wouldn't adversely impact us," Smith added. "We wanted to get in on the ground floor to see if this is something we could use later on."

Meanwhile, Siemens' new digital rail division is collecting information captured on the Atlanta Streetcar's on-board systems and analyzing data points to make the best use of the fleet. In particular, the company's efforts could help the streetcar's leaders identify traffic bottlenecks and reduce power usage.

One goal is to identify operational conditions — such as vehicle speed and weather — that have a large impact on the power consumption of the streetcar's drive system. Once these conditions have been found, the Atlanta Streetcar and Siemens can work together to cut energy usage. This could involve decreasing the speed limit on certain route segments, for example.

The data also could be used to help the Atlanta Streetcar staff determine where to put up additional signs to direct vehicular and pedestrian traffic.

The three primary metrics that Siemens is tracking on the streetcar are operational efficiency, vehicle health and operator performance. The "health" metric gauges a streetcar's overall condition and includes a log of incidents such as wheel slippage.

The operator performance measure, on the other hand, monitors engineers' speed, as well as the number of times a horn is used.

In addition to working with the Atlanta streetcar and CATS, the digital rail services team continues to "look for ways to work with the existing customer base and any opportunities to expand its footprint," Davidoff said.

And that could include working with freight railroads, too.

While Big Data presents a promising path forward for railroads, it's only one piece of the efficiency puzzle.

"Data by itself is worthless," said Johannes Emmelheinz, chief executive officer of Siemens Mobility Services. "It's necessary to connect data, knowledge and people."