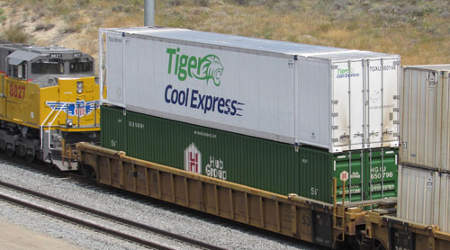 Also yesterday, TCX announced that Finkbiner has been promoted to chairman and will step down as CEO in 2017 pending the recruitment of a successor. In addition, Larry Shugart is joining the company as president.

"Since founding TCX in 2013, we have built a world-class business with almost $100  million in revenues, a fleet of over 700 state-of-the-art refrigerated containers, a diversified group of customers, sophisticated IT infrastructure and critical long-term relationships," said Finkbiner. "It is the right time to plan for an efficient transition to the next leader of TCX."

"Larry's hire comes on the back of a number of internal promotions and hires in sales and operations as we continue to strengthen our organization," Finkbiner said.