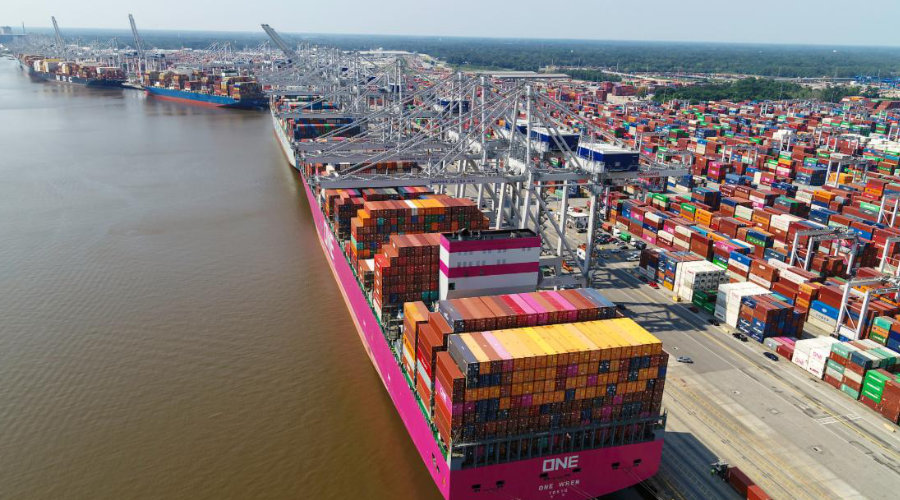 The Georgia Ports Authority (GPA) achieved record volumes in both containers and roll-on/roll-off traffic in July.

Savannah’s Garden City’s Terminal, which added nearly 900,000 TEUs in FY2021, has now achieved container volume records in nine of the past 10 months, GPA officials said in a press release. In Brunswick, four out of the top 10 months for roll-on/roll-off traffic have occurred since October 2020, they said.

GPA has expedited projects to add space for another 1.4 million TEUs annually. A peak capacity project will add 700,000 TEUs in two phases, the first of which is expected to open in fall.

Another major project — the Mason Mega Rail Terminal — will double the Port of Savannah’s annual rail lift capacity to 2 million TEUs. The first nine working tracks of the expanded rail yard have opened for operation. The final nine working tracks will be operational by October, GPA officials said.