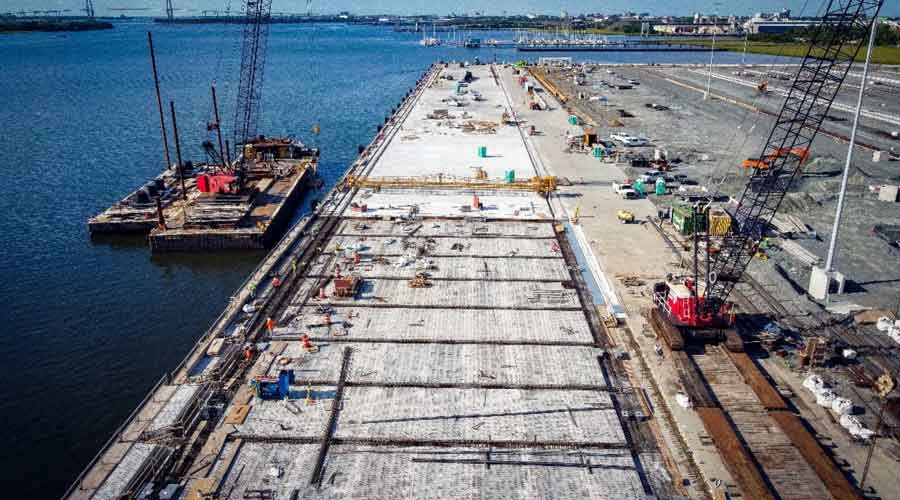 The South Carolina Ports Authority's (SCPA) board this week adopted a fiscal-year 2021 financial plan, as well as a $319 million capital spending plan that will be used to finish construction of the first phase of the Hugh K. Leatherman Terminal.

Set to open in March 2021, the Leatherman terminal will be the first new container terminal in the United States since 2009, port officials said in a press release.

The port's financial plan estimates that the ports will handle more than 1.24 million pier containers from July 1 through June 30. The plan, which includes $264.2 million in operating revenue, addresses the current economic climate, but also focuses on key growth areas, said SCPA Board Chairman Bill Stern.

The ports handled 169,705 20-foot equivalent units (TEUs) at the Wando Welch and North Charleston terminals in May. From July 2019 through May 30, the Port of Charleston handled nearly 2.2 million TEUs.

In May, South Carolina ports moved 97,966 pier containers. The two inland ports in Greer and Dillion logged a combined total of 159,917 rail moves in the fiscal year to date, SCPA officials said.

May volumes were down year-over-year because the COVID-19 pandemic disrupted global supply chains and led to businesses and manufacturers temporarily halting operations.

"We were on track for another record fiscal year until the pandemic happened," said SCPA President and Chief Executive Officer Jim Newsome. "Nevertheless, ports are a long-term business requiring long-term planning."