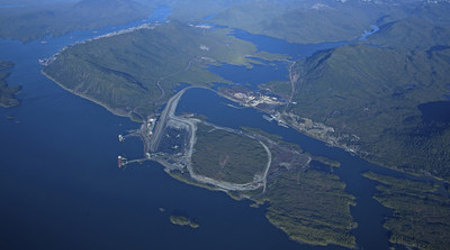 Ray-Mont Logistics is developing an integrated logistics and container loading facility at the Port of Prince Rupert's Ridley Island in British Columbia, the company and port authority announced Monday.

The 10-acre facility will include a rail loop corridor in excess of 100 rail cars, a grain dumper pit and state-of-the-art conveyance system, port and company officials said in a press release.

The operation will involve pulses and cereals, as well as other specialty agricultural crops transported in hopper cars by rail from Western and Central Canada and the U.S. Midwest. Cargo will be transferred to ocean containers for export via the Fairview Container Terminal, which is currently undergoing expansion.

"Our core values of quality, flexibility and innovation are reflected in the strategic vision being executed by the Port of Prince Rupert, and we look forward to adding this valuable service to the Prince Rupert supply chain later this year," said Charles Raymond, president and chief executive officer of Ray-Mont Logistics International.

IDL Projects, on behalf of Coast Tsimshian Northern Contractor Alliance, will begin clearing the site this week. The new transloading facility will be operational in time for the 2017-2018 crop year this fall, officials said.

"This exciting development is another important step advancing the expansion of intermodal logistics services with our partners CN and DP World to meet the growing demand of Canadian exporters seeking to capitalize on the advantages of the Port of Prince Rupert in reaching their global markets," said Don Krusel, president and CEO of the Prince Rupert Port Authority.

Ray-Mont Logistics is the latest company to invest in logistics and transloading services at the port. Fairview Container Terminal is being expanded to handle an increase in annual volumes from 850,000 20-foot-equivalent units (TEUs) to an anticipated 1.3 million TEUs. The expansion is expected to be completed in August.