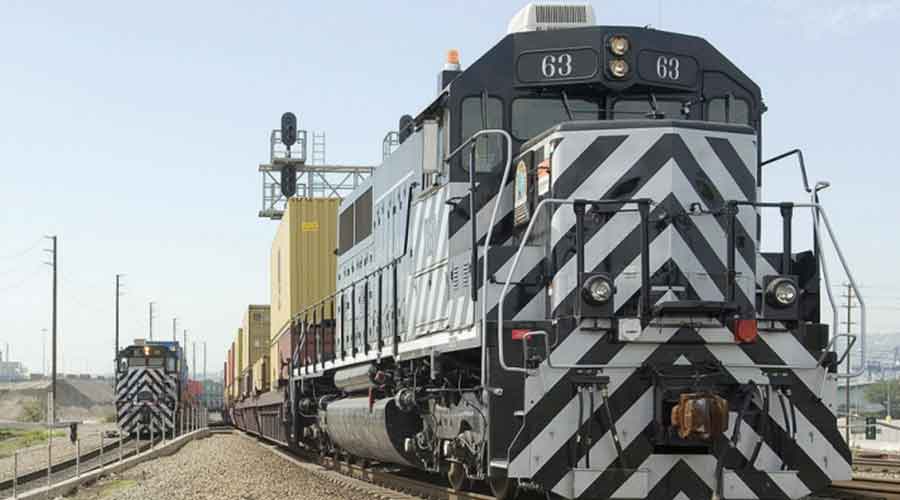 The U.S. Department of Transportation's (USDOT) Maritime Administration has awarded $18.2 million in federal funding to the Port of Los Angeles and $14.5 million to the Port of Long Beach for rail-related projects.

The grants were awarded through the Maritime Administration's new Port Infrastructure Development Program, which is designed to help fund projects that improve port facilities or near coastal seaports, administration officials said in a press release.

In Los Angeles, the grant will be used for the Fenix Marine Services' container terminal intermodal rail yard expansion and modernization project, which is part of the port's multimodal freight network improvement project.

The Fenix project calls for increasing the capacity of the existing on-dock rail yard by adding 11,500 feet of track. The project is designed to improve the terminal's rail capacity by 10 percent, while also creating utility corridors and draining systems that will minimize the impact of storm-related damage.

The new track will enable more cargo to be loaded on trains via the on-dock rail yard, instead of via off-dock rail yards located as far as 27 miles away, Fenix officials said in a company press release.

The project is expected to increase the terminal’s on-dock rail capacity by a projected 520,000 20-foot equivalent units, reduce cargo dwell and transit times by as much as two days, and result in 2,000 fewer truck trips per day, they said.

The $40.5 million project is in the design phase, Fenix officials said.

Meanwhile, the $14.5 million grant awarded to the Port of Long Beach will be used for the Alameda Corridor south access project. Specifically, the federal dollars will be used to boost capacity at the Terminal Island Wye rail junction by constructing and replacing rails and sidings that will improve the efficiency of rail operations, USDOT officials said.