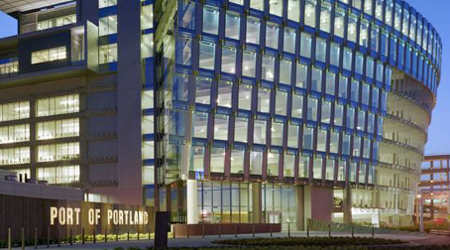 ICTSI Oregon Inc. and the Port of Portland have agreed to end a 25-year lease agreement to operate the container facility at Terminal 6.

If approved by the port's board, the agreement will allow ICTSI to end its long-term lease obligations on March 31. In exchange, the port will receive $11.45 million in compensation to rebuild business, as well as additional container handling equipment, spare parts and tools at the terminal, according to a joint press release.

"This is the best opportunity to launch a new strategy to restore carrier service for Oregon and Northwest shippers," said Port Executive Director Bill Wyatt. "While the global carrier industry continues to undergo rapid change, we now have a new path to redefine our future in this business and launch new strategies to bring the terminal back to life."

The contract termination comes just more than two years after ongoing labor disputes between ICTSI and the International Longshore Workers Union (ILWU) sparked a loss of container business, according to the Portland Business Journal. No vessels have called on Terminal 6 since May 2016.

"Hopefully, this agreement with the Port will make it possible for business to return to the terminal more quickly," said ICTSI Oregon Chief Executive Officer Elvis Ganda in the press release. "However, ICTSI Oregon will continue to address the labor issues that gave rise to its decision to enter into this agreement and will pursue legal claims against the ILWU."