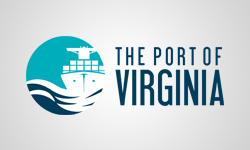 The Port of Virginia has a new long-term lease for the Virginia International Gateway that will give the port oversight of and operating rights at the terminal until 2065.

The lease also allowed the port to begin work on a $320 million project to build the port's second phase, which will double capacity at the deep-water container terminal. Construction will begin this year, according to the port's press release.

Effective Nov. 1, the lease is between the Virginia Port Authority and Virginia International Gateway Inc. (VIG), which is owned by Alinda Capital Partners and Universities Superannuation Scheme.

"Within the existing footprint, we will have the capability and capacity to process a total of 1.2 million container lifts — 2 million TEUs — annually through VIG," said Aubrey Layne, Virginia secretary of transportation.

When completed, the project will result in a longer berth, an expanded rail operation and container yard, and four new ship-to-shore cranes. The expansion project is expected to last three years.