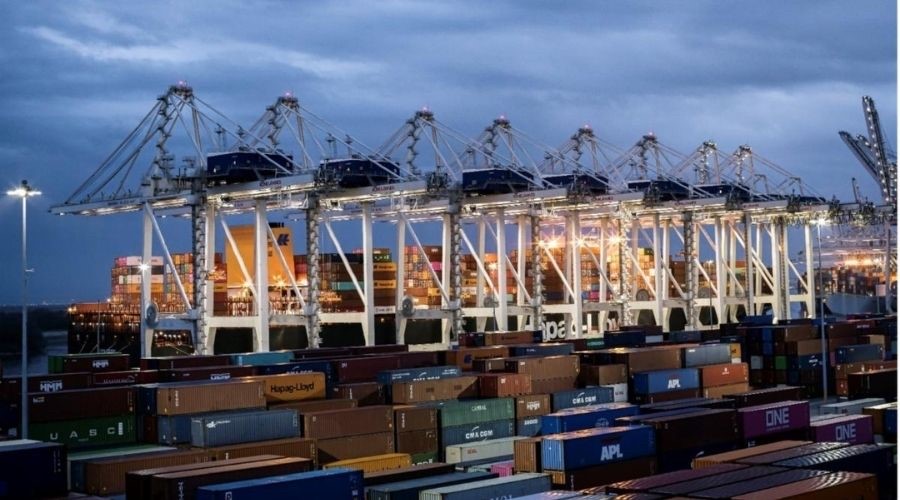 The Georgia Ports Authority (GPA) announced the Port of Savannah logged another record month in the port’s history with 575,513 20-foot equivalent units (TEUs) of cargo handled in August, up 18.5% compared to August 2021.

With 530,800 TEUs handled in July, the port has already cleared 1 million TEUs handled so far in fiscal-year 2023, which began July 1. That’s the fastest period ever in which the port has topped the 1-million TEU mark, GPA officials said in a press release.

Intermodal volumes totaled nearly 51,700 rail lifts in August, up by more than 4,000 lifts year over year. The port is still working through a vessel backlog with 223,460 boxes on the water, port officials said. The port expects that number to continue to dwindle while it works to bring online a permanent solution in June 2023 — realigning Container Berth 1 at Garden City Terminal. The realignment will provide space for one more big-berth ship, allowing the port to serve four 16,000-TEU ships simultaneously. The project is 60% complete, port officials said.

"The investments we have made in our operating infrastructure have been paying off in our ability to handle the sustained influx of business that began two years ago," said GPA Chairman Joel Wooten. "Combined with a deeper harbor, our improved rail capabilities and expanded container yard space have allowed GPA to maintain fluid cargo management."

In November 2021, GPA commissioned the final nine of 18 working tracks on its Mason Mega Rail Terminal, which increased rail capacity by 30%. The port’s 85-acre rail yard is served by Norfolk Southern Railway and CSX.

An additional 1 million TEUs of container-handling capacity is expected to come online in phases in 2023 and 2024.