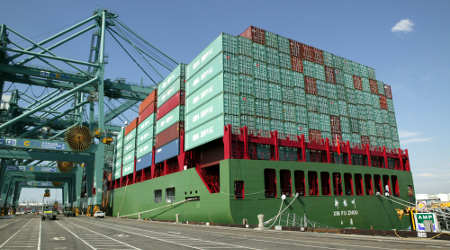 Container volume climbed 6.1 percent to 847,857 20-foot equivalent units (TEUs) in August compared with the same month a year ago. The port’s busiest-ever month was November 2016, when it registered 877,564 TEUs.

For the first eight months of 2017, container volumes are 9 percent ahead of 2016, when the port handled a record 8.8 million TEUs, port officials said in a press release.

"We plan to build on this momentum and confidence by focusing on innovative new ways to improve efficiencies, including a first-of-its kind information portal system with GE Transportation that will be introduced at all of our container terminals in the coming months," said Gene Seroka, the port's executive director.

Last month, port and GE officials announced the expansion of a pilot program launched last year to use a digital solution to keep cargo flowing more efficiently. Under the pilot, GE used its Predix platform and Big Data to streamline port processes.