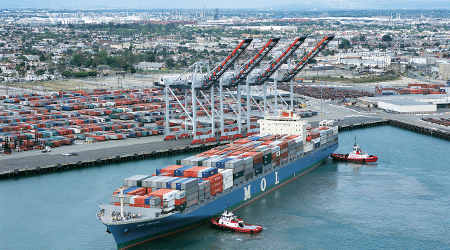 Last year marked a record in the port's history, as well as the most cargo moved annually by a Western Hemisphere port, port officials said in a press release.

"2017 was a year beyond expectations but it was not by chance," said Executive Director Gene Seroka. "Our growth is a direct result of a concerted, multi-year effort by the Port and its many partners to maximize efficiency throughout the supply chain. All the collaborative work by a broad range of global maritime stakeholders has delivered these remarkable results."

Supply chain efficiencies implemented in 2017 included technology upgrades, such as the Port Optimizer digital information portal developed in collaboration with GE Transportation; and infrastructure upgrades, such as those completed at TraPac Container Terminal and Yusen Terminals Inc., port officials said.