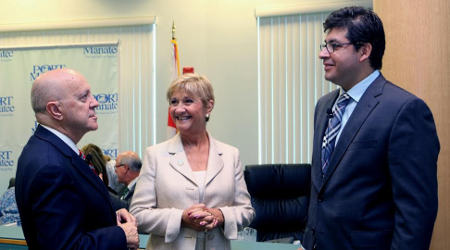 "We're looking forward to developing a closer commercial relationship," said Sacha Garafulic, director of ProChile, the Chilean government's export promotion organization. "We have a lot of potential that has not yet been developed."

Garafulic noted that Chile is engaged in about $5 billion a year of trade with South Florida seaports and airports, with northbound salmon, wines and fresh fruits among key commodities. However, in 2016, Chile sent just $6.5 million of goods – mostly salts used in making fertilizer – to Port Manatee while receiving no exports from the port.

"Chile offers tremendous potential for greater commerce with Port Manatee, as the gateway to the burgeoning Central Florida market and beyond," said Port Manatee Executive Director Carlos Buqueras in a press release. "We are committed to working more closely with Chilean companies and trade officials, including through the International Trade Hub at Port Manatee."