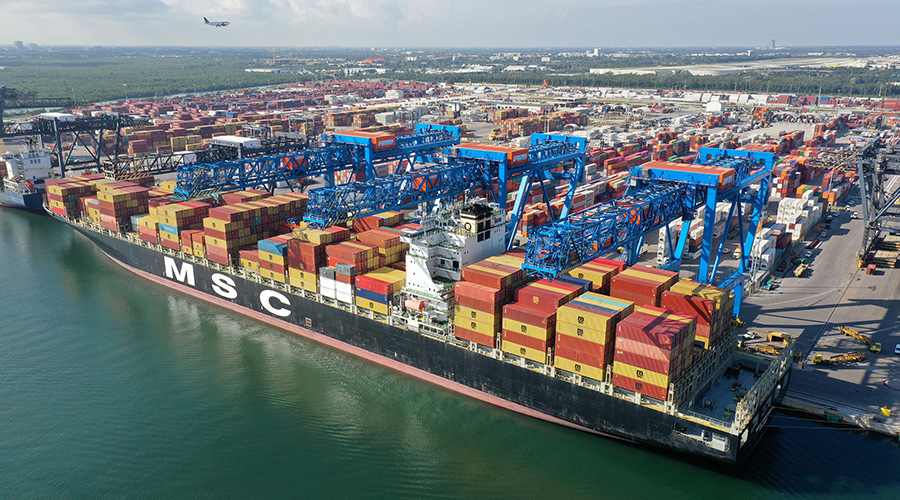 The port’s three new Super Post-Panamax gantry cranes and one existing Post-Panamax crane helped unload about 4,849 containers, or the equivalent of 9,000 20-foot equivalent units, from the ship, according to a port press release.

Port Everglades' previous one-ship record was set in August 2021, when nearly 3,000 containers were unloaded from another MSC ship.