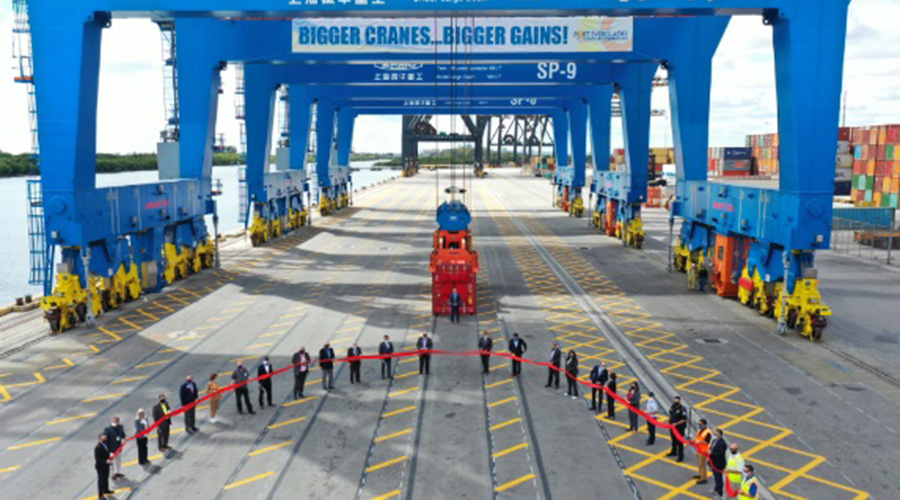 The new cranes are the largest of their kind in the world at 175 feet and are valued at $13.8 million each, according to a Port Everglades news release. Each crane has the ability to handle containers stacked eight high and reach 22 across from a ship’s deck, port officials said in a press release.

Port Everglades' other seven gantry cranes in the Southport area, where most of the containerized cargo operations occur, are only 151-feet high and limited to handling containers stacked six high and 16 across.

In addition to acquiring the new cranes, the existing low-profile post-Panamax gantry cranes in Southport will be upgraded to a lift capacity of 65 tons from the current 46.5 tons that add the capability to perform twin-picks, lifting two containers at a time.

The new cranes are part of the largest expansion project in the port’s history, which includes lengthening the Southport turning notch from 900 feet to 2,400 feet to allow for up to five new cargo berths, which will add approximately 730,000 TEUs to the port’s capacity.

Florida East Coast Railway serves the port, which is in Fort Lauderdale, Florida.