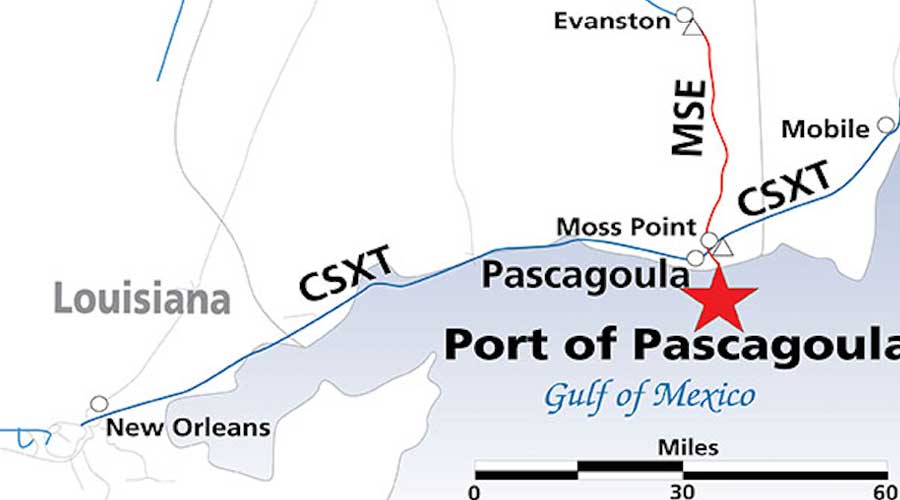 The award stems from state legislation that details projects to benefit from BP oil spill funding. The North Rail Connector involves new construction of 4,300 feet of rail to connect the rail bridge over the Escatawpa River to the recently relocated Mississippi Export Rail Line, which is now completed, port officials said in a press release.

"This substantial $6.6 million award enables us to get beyond the planning, engineering and permitting to move on with construction in the near future," said Port Director Mark McAndrews.

Port officials anticipate construction of the connector to be completed in 15 to 18 months.

The North Rail Connector is the last segment of a $37 million rail relocation project that was funded primarily by a $14 million federal Transportation Investment Generating Economic Recover grant.

The connector will enable full operation of the rail relocation plan, which calls for improving rail access into the port, as well as helping local municipalities by closing 16 grade crossings and alleviating switching operations in downtown Pascagoula.

Port of Pascagoula's rail links are CSX direct and access to CN via Mississippi Export Railroad.