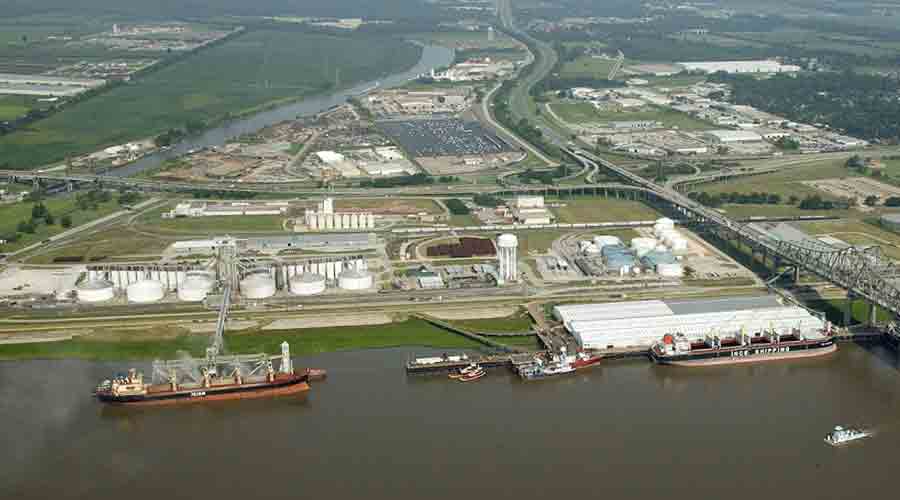 The state funding commitment will be used to complete a second critical project bringing four rail tracks deeper into port property to serve the Louis Dreyfus Co. (LDC) Port Allen Elevator facility, one of the largest grain elevators on the Mississippi River, according to a press release issued by Edwards' office.

Located in Port Allen, the port is overseeing nearly $60 million in rail infrastructure projects that will expand commodity shipments for current and future tenants. In 2018, Union Pacific Railroad completed a $12 million interchange track project that expanded potential delivery from 45 rail cars to as many as 110 cars on a single train.

“These rail enhancements will mean better business and more profitable operations for our farmers, for the port and for major tenants like LDC," Edwards said.

High river stages at the port interfere with barge offloading. They require companies like LDC to transfer commodities to the elevator facility with additional equipment at a slower pace. Having the option to deliver commodities via unit trains of 110 rail cars will benefit agricultural producers and the customers who receive their goods, according to state and port officials.

“The funding commitment by Gov. Edwards and our Legislature will enable us to complete a much-needed project that will serve the port and its tenants for years to come," said port Executive Director Jay Hardman. "Once completed, it will enable the port to remain a competitive player in the exportation of grains and oilseeds into the world marketplace.”