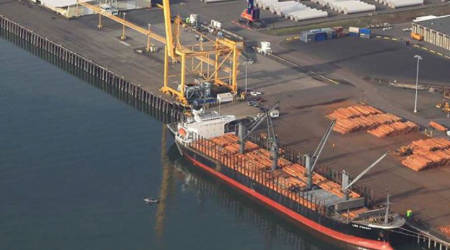 The Port of Longview in Washington has entered into an agreement with International Raw Materials (IRM) to lease the port's Bridgeview Terminal, port officials announced yesterday.

IRM operated from the port between 1981 and 2001. Based in Philadelphia, IRM intends to use the terminal for the export of bulk minerals, fertilizers and grains.

The port is served by BNSF Railway Co. and Union Pacific Railroad.

"IRM appreciates the opportunity to return to a port and a community that played a significant role in our company's history and intends to grow and sustain commodity volumes through the facility and increase job frequency and revenue," said IRM Vice President Tim Mahoney. "We have immediate intentions to improve existing components of the bulk loadout facility, while working to expand the on-site rail footprint."

Port officials had sought a new operating tenant for Bridgeview Terminal after the port's contract with Kinder Morgan expired.