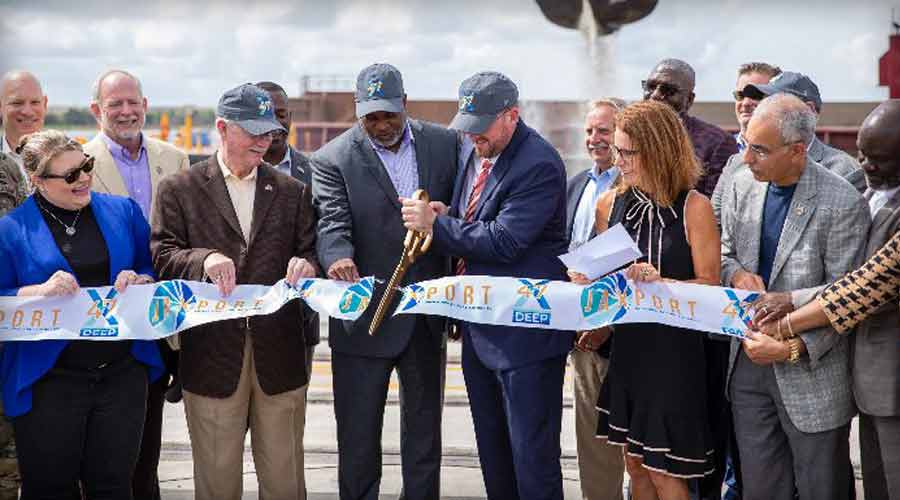 The project deepened 11 miles of the federal shipping channel to a depth of 47 feet from the previous depth of 40 feet. The extra room provides enough depth for larger ships to call Blount Island, and it also enables existing ships calling Jacksonville to carry more cargo.

A new turning basin was added to allow larger vessels to turn around at Blount Island berths, Jaxport officials said in a press release.

"When Jaxport began this deepening journey nearly two decades ago, the goal was to build the port of the future,” said Jaxport Board Chair Wendy Hamilton. "With today’s completion of deepening through Blount Island, the future is here, and Jaxport is equipped to meet the needs of the nation’s supply chain for generations to come."

The project, for which feasibility studies began in 2005, was completed three years ahead of schedule. Construction began in 2018. To date, funding totals $420 million through a public-private partnership between the federal government, the state of Florida, the city of Jacksonville, Jaxport and SSA Atlantic.

More than $70 million in terminal enhancements, funded by SSA Atlantic and a grant from the U.S. Maritime Administration, are also underway to expand capacity at the container terminal.

By spring 2023, SSA Atlantic will complete the first three of seven construction phases, creating 31 acres of improved operating area. The total 93 acres will be complete by the end of 2024 and will enable the terminal to accommodate 500,000 20-foot equivalent units.