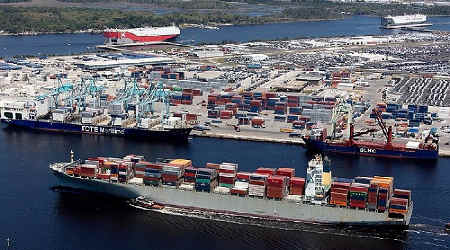 As the primary U.S. port for commercial trade with Puerto Rico, Jaxport and its partners continue to supply aid to residents who continue to deal with Hurricane Maria's devastation, port officials said. The storm hit the island in September 2017.