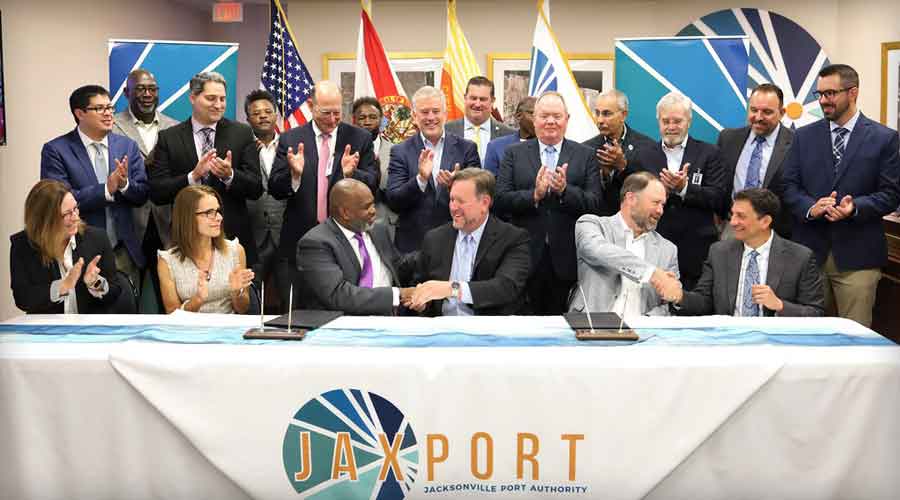 The agreement covers 25 years and includes three additional five-year renewal options. The public-private partnership includes a nearly $180 million lease with Jaxport and an additional $16.5 million from SET to modernize the Blount Island terminal. The Florida Department of Transportation will provide a $16.5 million grant to help with terminal development.

The terminal upgrades include two state-of-the-art processing buildings and work areas totaling more than 250,000 square feet, along with new on-site rail connections and truck loading areas. The new facility is scheduled to be completed in late 2024.

“This public-private partnership, along with the investments being made in the terminal by FDOT, allow us to build on our position as one of the country’s top vehicle-handling ports and meet the growing demand for vehicles in Florida and throughout the nation,” said Jaxport CEO Eric Green.

The world’s largest independent distributor of Toyota vehicles, SET has operated at the port for more than 50 years. The distributor moved 157,000 vehicles through Jaxport in 2021.

An unnamed global vehicle manufacturer is in negotiations with Jaxport regarding the use of the 50 acres to be available at the Talleyrand terminal.