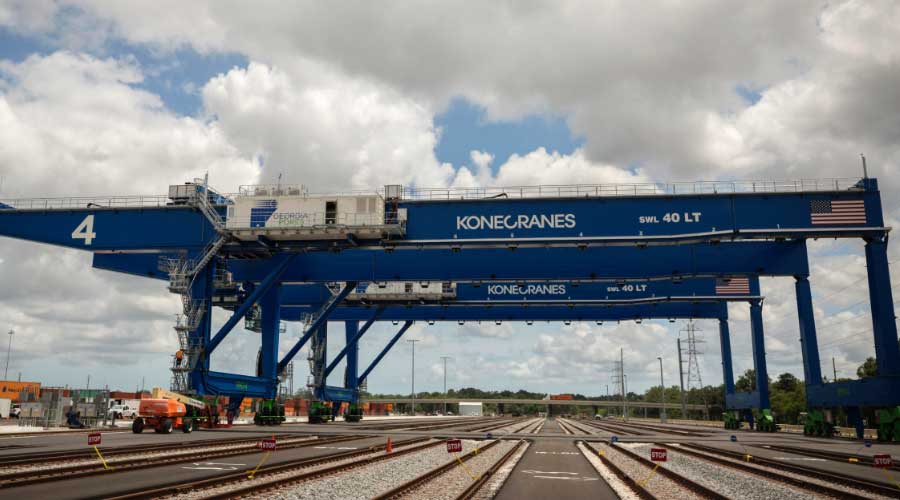 The action marks a milestone in the project, which has been in the works for more than four years and is designed to expand service to the U.S. Southeast and Midwest, GPA officials said in a press release.

"At the Port of Savannah, we are working to improve the efficiency of the American supply chain and move goods to market even faster," said GPA Executive Director Griff Lynch. "These efforts are strengthening our logistics network at a time when the nation needs it most."

Throughout the COVID-19 public health crisis, GPA employees and contract workers have continued to push forward with more than 150 people working on the rail project, which will include 18 working tracks for improved efficiency moving containers from trains to trucks.

In a related development, a new overpass on State Road 25 is nearing completion, GPA officials said. The new route will carry road traffic over eight tracks linking the current Chatham Yard on the south side of Garden City Terminal with the Mason Mega Rail site to the northwest. The overpass is expected to open in August.