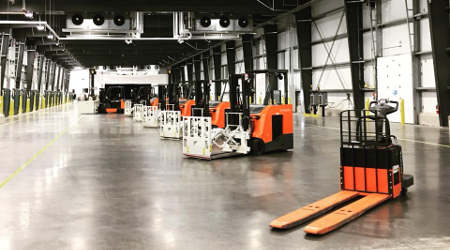 The 280,000-square-foot Cool Port facility is a collaboration between Lineage Logistics and Dreisbach, with additional funding and support from the port and the state, according to a press release issued by the port.

The facility is expected to send up to 1 million tons of perishable product through the port annually.

Cool Port is also expected to "significantly" reduce truck usage compared to standard temperature-controlled facilities, resulting in reduced diesel emissions. Up to 36 rail cars per day can go straight to shipping containers to be loaded, which will eliminate the need to load cargo onto trucks for transfer between ships and rail, port officials said.