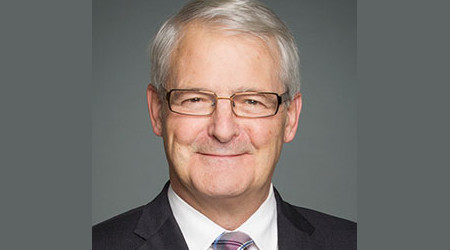 The Canadian government this week announced federal funding for several projects at the Port of Vancouver and Ashcroft Terminal in British Columbia that include freight-rail infrastructure improvements.

One project calls for adding 3 miles of track at a Canadian Pacific facility near the Port of Vancouver and reconstructing Harris Road to provide four lanes that will travel beneath a CP line.

Other projects call for:
• upgrading the existing Westwood Street and Kingsway Avenue intersections at the railway corridor to separate road and rail traffic on the boundary between the cities of Coquitlam and Port Coquitlam;
• designing an overpass over the existing rail corridor that will allow for a 3-mile section of track to pass between two grade crossings along CP’s line; and
• improving the existing CP overpass at Mountain Highway, including lowering the roadway to provide more clearance for oversized cargo traveling under the rail bridge in North Vancouver.

Meanwhile, the Canadian government also will provide CA$9.2 million for work at the Ashcroft Terminal that would help improve rail service in and out of the facility.

In one area, a new rail link will be built from the terminal to CN's mainline. In a second area, extra track will be built to allow rail cars to be parked and assembled into longer trains to serve Canadian producers and shippers, and enhance fluidity through Canada's Pacific Gateway Corridor.

Additionally, an internal road network will be built that includes a two-way road under the CN line. The grade separation will ensure that rail and truck operations don't interfere with each other.