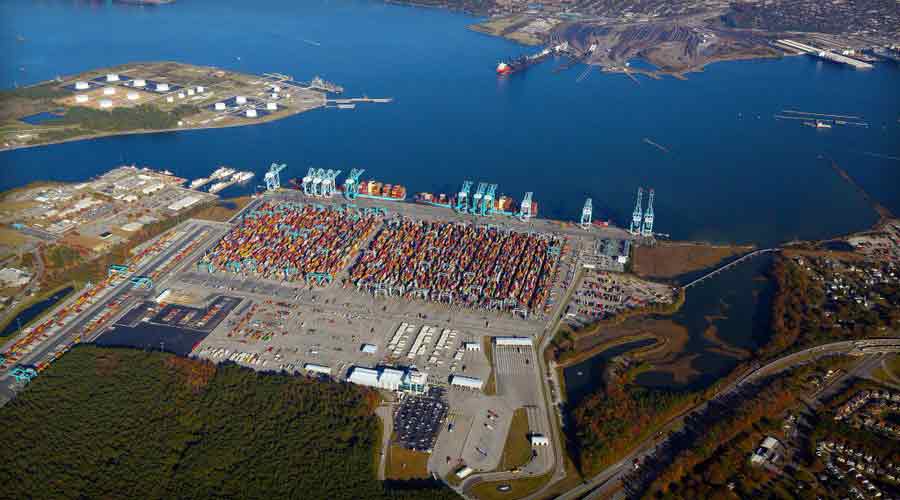 The Port of Virginia yesterday announced that the U.S. government has approved the final piece of funding needed to begin work on the port’s dredging project, which will create the deepest and widest shipping channels on the East Coast by late 2024.

The work plan, released last week by the U.S. Army Corp of Engineers, allocates $72 million in funding from the federal Infrastructure Investment and Jobs Act. The POV and the federal government agreed to a 50-50 cost share, with the state matching federal funding. The Norfolk Harbor project's estimated cost is $450 million.

Dredging the Norfolk Harbor will create safer access for larger commercial and military vessels, as well as provide new economic opportunities for the Hampton Roads region, POV officials said in a press release. The shipping channels will be dredged to 55 feet with deeper ocean approaches and widened by up to 1,400 feet in some areas. The dredging is expected to be finished in 2024, when the harbor will be able to accommodate two ultra-large container vessels.

"This project, combined with the investments we are making at our terminals, tells the supply chain that the Port of Virginia is preparing for the future," said Stephen Edwards, CEO and executive director of the Virginia Port Authority.