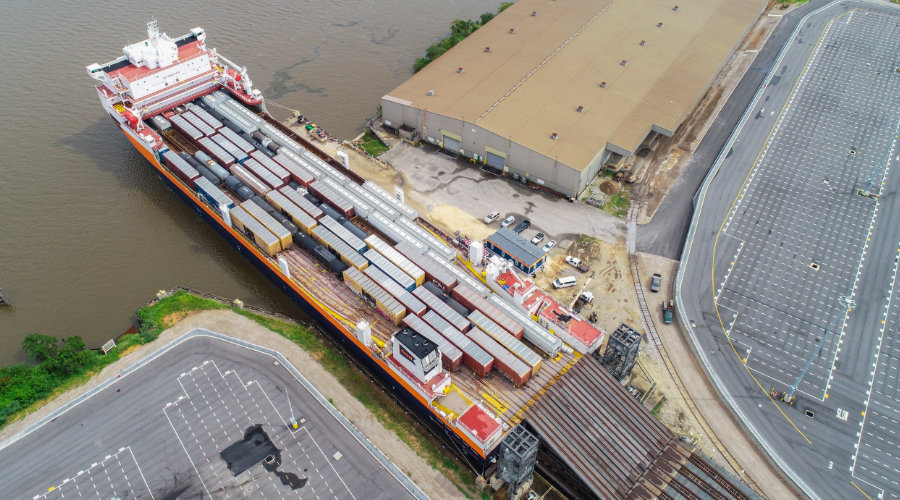 The "Cherokee" departed the Port of Mobile in Alabama on Sept. 12, hauling 122 rail cars, and arrived at the Port of Coatzacoalcos in Veracruz, Mexico, on Sept. 15. The vessel began its return trip from Coatzacoalcos on Sept. 18 with 130 rail cars onboard and docked in Mobile three days later, CGR officials said in a press release.

The Cherokee measures 590 feet in length and is designed to carry up to 135 rail cars, a 17% capacity increase per sailing compared to CGR’s previous rail ferries.

"We are extremely pleased with the Cherokee’s performance during its maiden voyage,” said Todd Biscan, CGR vice president of sales and marketing. “The rail ferry transported more than 22,500 tons of diverse commodities, including chemicals, plastics, pulp and paper, agricultural products and food."

CGR took delivery of an identical second ferry, the Mayan, on Sept. 22. The Mayan, which is expected to enter into service in December, will replace CGR’s existing vessel, the Banda Sea. Until then, the Banda Sea will continue to operate alongside the Cherokee to provide steady service to customers, CGR officials said.