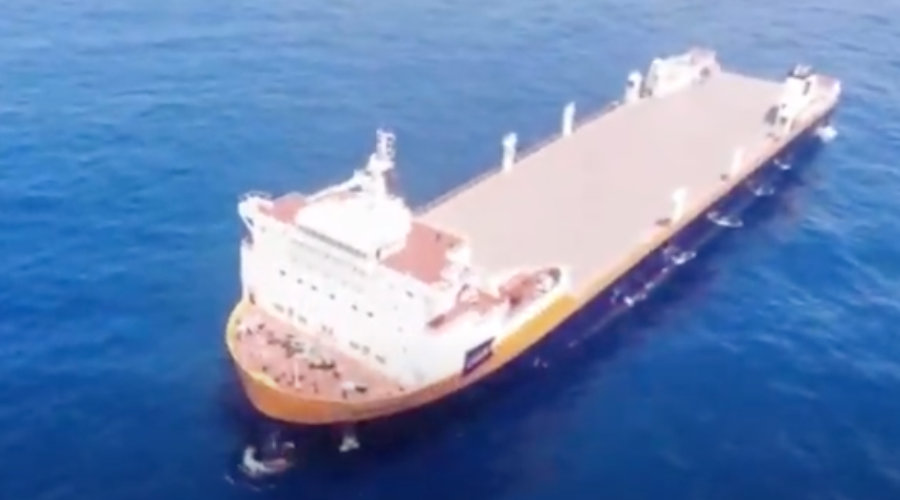 CG Railway LLC (CGR), a joint venture between Genesee & Wyoming Inc. (G&W) and SEACOR Holdings Inc., yesterday announced that the first of its two new rail ferries is en route to the Gulf of Mexico.

Built in China, the rail ferries are the largest of their kind and will provide freight-rail service to customers shipping between the United States, Canada and Mexico, CGR officials said in a press release.

The new roll-on/roll-off rail ferries can load 135 rail cars and travel between the ports of Mobile, Alabama, and Coatzacoalcos, Mexico, in under three days using a 956-mile route compared to 2,200 rail miles over the border or 1,600 highway miles port to port.

In addition, the new vessels are designed to reduce the environmental footprint in customers’ supply chains and to protect crew members from the spread of viruses and other contagions, CGR officials said.

“We expect to have the first rail ferry in operation in August and the second one in November,” said CGR President Hoffman Lijeron.