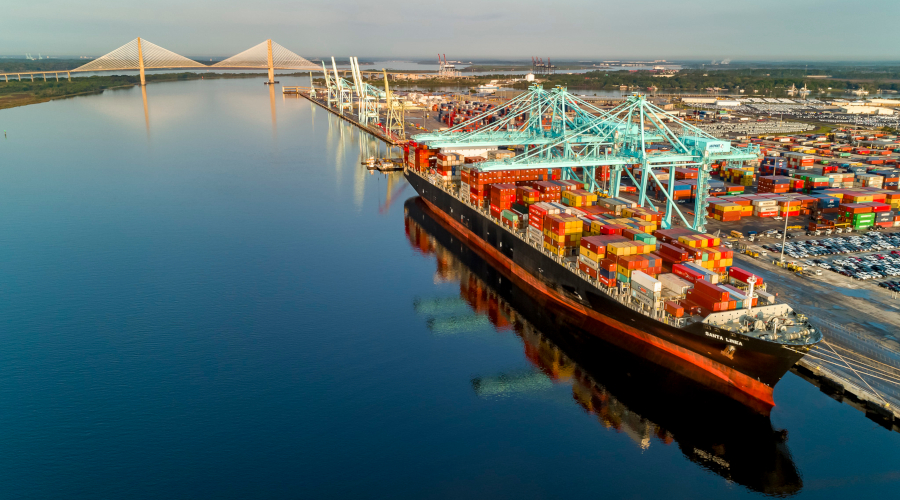 The funding was awarded through the U.S. Department of Transportation’s Better Utilizing Investments to Leverage Development (BUILD) grant program, and is part of a $238 million plan to expand and upgrade the facility to accommodate more containers, Jaxport officials said in a press release.

Once completed, the facility will be able to handle 425,000 additional 20-foot equivalent units (TEUs) annually. Other improvements include storm drainage, enhanced lighting, signage and utilities.

SSA Marine, a private partner, will contribute up to $129.7 million for the use of the terminal and facility upgrades, including the addition of three 100-gauge container cranes.

Meanwhile, a $109 million federal project to deepen the Jacksonville shipping channel is also underway. The project will allow the terminal to simultaneously accommodate two post-Panamax vessels.