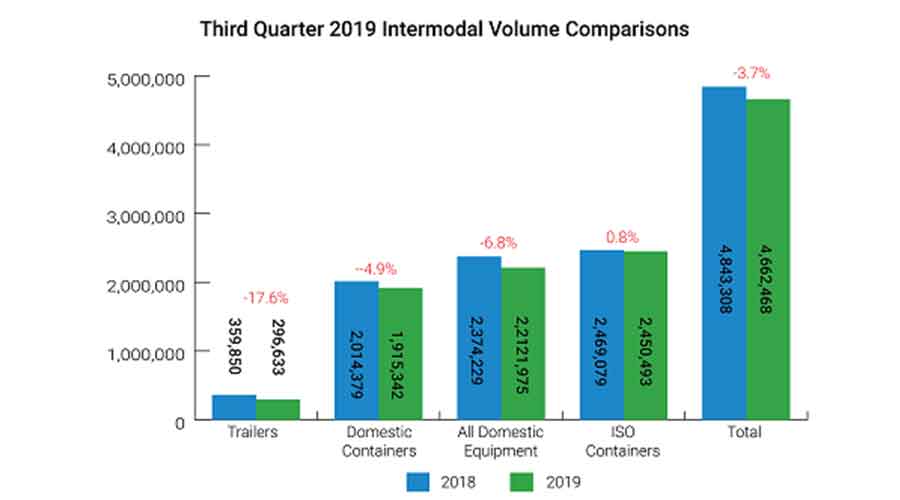 "Looser trucking capacity, continuing uncertainty about Chinese tariffs, and tough comparisons to 2018 volumes are the primary factors driving intermodal traffic," said IANA President and Chief Executive Officer Joni Casey in a press release. "The rest of the year is projected to be flat, but a turnaround is anticipated by Q2 of next year."

The seven highest-density trade corridors, which collectively handled 62.8 percent of volume, were down 3.1 percent in Q3 versus a year ago.

The Southeast-Southwest corridor showed the greatest strength in the quarter, with growth at 3.3 percent. That region was followed by the intra-Southeast and Trans-Canada corridors, which logged growth at 1.8 percent and 1.3 percent, respectively.

Intermodal marketing companies' total volume tumbled 7.6 percent year over year in Q3. Both intermodal and highway loads were down for only the third time since the Great Recession, IANA officials said.