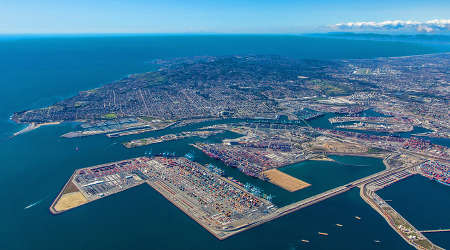 The Port of Los Angeles processed 952,554 20-foot-equivalent units (TEUs) of cargo last month, marking a 27.2 percent increase over October 2017 and setting a port record for the amount of cargo handled in a single month.

Ten months into 2018, overall volumes have increased 1.1 percent to 7.7 million TEUs compared with the same period a year ago.