The South Carolina Ports Authority earlier this week received the APL Yangshan, the largest container ship ever to arrive at the Port of Charleston. 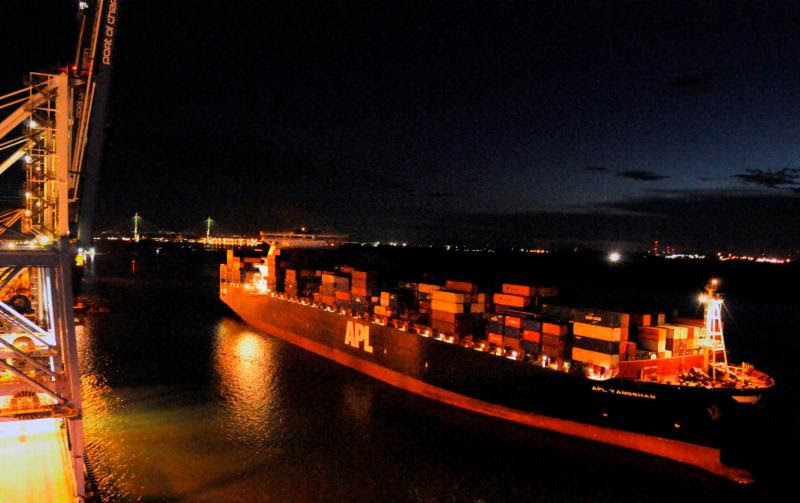 The APL Yangshan docked at the Wando Welch Terminal at the Port of Charleston.
South Carolina Ports Authority

The Yangshan, which which measures 1,140 feet long and 148 feet wide, can transport up to 10,700 twenty-foot equivalent units (TEU). It is deployed on the China East Coast weekly vessel service via the Suez Canal, authority officials said in a press release.

Presently, six of Charleston's 26 weekly calls are handled by vessels 5,000 TEUs or larger. The authority expects to handle its first 14,000 TEU vessel call later this year, according to Newsome.

"As the deepest harbor in the Southeast, Charleston is well-prepared to provide the depth as well as the capacity and infrastructure necessary for efficiently handling big ships," he said.

The Yangshan's milestone visit comes on the heels of the arrival of two new cranes last month, boosting big-ship handling capabilities at the authority's Wando Welch Terminal. The cranes offer 155 feet of lift height from the dock, and are expected to be operational by December.