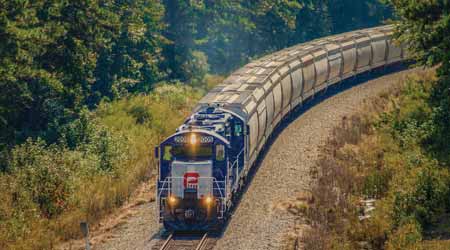 A South Carolina short line has dealt with many changes since it was formed 128 years ago to serve the Port of Charleston. The ownership of the railroad and its related holdings have changed hands from private investors to the city to the state, and the short line has been renamed several times.

Now known as Palmetto Railways, the railroad is facing more changes — bold ones that could dramatically boost its traffic fortunes and expand its system map. The short line’s leaders are working to advance a long-planned intermodal facility at a former naval base in North Charleston and build a rail line to serve a 6,800-acre industrial park in Charleston that includes an enormous, soon-to-begin-production Volvo plant.

In the planning stages since 2007 — first as a CSX-proposed intermodal container transfer facility, then as a short line-planned project that got bogged down by political maneuverings, a city lawsuit against the state and environmental reviews — the intermodal terminal is considered key to Palmetto Railways’ business growth.

“The facility will help meet the needs of the growing Charleston region, provide support to the expanding South Carolina Ports Authority and help reduce highway congestion,” he says.

An enterprise agency of the state and a division of the South Carolina Department of Commerce, the short line moves about 65,000 carloads annually, while more than 100,000 carloads are transported on its tracks each year. 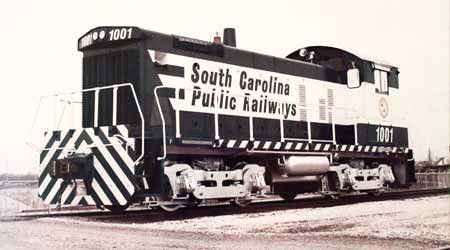 The railroad’s history dates back to 1890, when a group of private investors from New York formed the short line for their East Shore Terminal Co. (ESTC). In the early 1900s, the ESTC franchise and its assets were transferred to the Atlantic Coast Line and Southern Railways, and the railroad was renamed the Charleston Terminal Co.

Shortly after World War I, the short line fell on hard times because of economic fluctuations and some federal regulations that impacted railroads, says Patrick McCrory, Palmetto Railways’ vice president and chief commercial officer. For example, the Valuation Act of 1913 required the Interstate Commerce Commission (ICC) to organize a bureau to assess the value of railroad property and set rail rates, and the Transportation Act of 1920 directed the ICC to consolidate U.S. rail properties into a limited number of regional systems.

In the early 1920s, the Charleston city council didn’t renew the Charleston Terminal’s franchise. A short time later, the company sold dock facilities to the city, which established the PUCC in 1924.

Over the next 70-plus years, other seminal events occurred that helped mold Palmetto Railways:

• In 1957, the authority established PTR as a new railroad;

• In 1969, a state act created the South Carolina Public Railways Commission, which acquired ownership and operation of the PUCC and PTR;

• In 1978, an economic development project within the commission led to the creation of ECBR;

• In 1993, the commission was abolished and the PUCC, PTR and ECBR were transferred to the South Carolina Department of Commerce, and the rail operations were renamed South Carolina Public Railways; and

All rolled into one

The latest name change was necessary to roll all the separate rail operations into one, says McWhorter. There was a lot of misunderstanding about the operations of the company’s different railroad companies, he says.

“We definitely had an identity crisis,” says McWhorter. “Now, we have a name that’s easy to remember.”

And Palmetto Railways aims to be remembered as more than just a short line that serves a port. Efforts to branch off in other areas date back to the mid-1970s, when ECBR helped establish a line to a new Amoco Chemical Co. (now BP) plant in Huger to reach a CSX mainline 15 miles away.

“CSX didn’t want to build a line to the plant,” says McWhorter. “It was the first time we served a customer outside the confines of the port.”

In the 1990s, South Carolina Public Railways built another two miles of track off the Amoco line to serve steelmaker Nucor.

Also in the 1990s, the railroad worked with the state commerce department and port authority to acquire the underlying right of way for a lead track from an NS mainline to a BMW plant in Greer. The short line leased the land to NS, which built the track into the plant and continues to own and operate the infrastructure.

“We still hold that lease with the NS today,” says McCrory.

More recently, Palmetto Railways completed two transactions that have expanded operations and spurred business growth. In 2015, the short line assumed operation of Cosgrove Yard in North Charleston. The more than 9 miles of track previously was leased to North Charleston Terminal Co. (NCTC) and operated by that company’s owners, CSX and NS.

The Class Is and NCTC retained the right to use a portion of the yard tracks for through movements, while Palmetto Railways interchanges traffic in the yard with both CSX and NS. The yard handles 25,000 cars annually, so the decision to assume control was “huge for our operations,” says McWhorter. Moreover, the short line two years ago began offering rail-car repairs at the yard, the first time it provided those services, he says.

Over the past five years, the railroad has grown significantly both trackage-wise and workforce-wise, says McCrory.

And more trackage is on the horizon. Palmetto Railways plans to build a 22.7-mile industrial line to serve the Camp Hall Commerce Park in Berkeley County. The track will connect with a CSX mainline near the Santee Cooper Cross Generating Station.

A line on auto-traffic growth 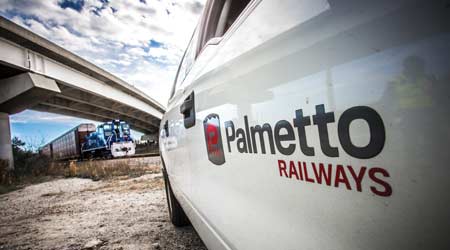 Palmetto Railways would own and operate the line, which is slated for completion in second-quarter 2020.

The Camp Hall line primarily would serve a more than $1 billion Volvo plant that is projected to begin producing vehicles in the third quarter. The 2.3 million-square-foot plant is designed to assemble 100,000 to 150,000 vehicles per year. Last year, Palmetto Railways handled 250,000 finished vehicles, and the Volvo business will help drive up auto traffic, says McCrory.

The project is in the federal permitting process and a draft environmental impact statement (EIS) is anticipated by September’s end. Construction is projected to start in January 2019 and take about 18 months to complete.

Palmetto Railways has applied for a federal Better Utilizing Investments to Leverage Development (BUILD) grant through the U.S. Department of Transportation (USDOT) to help fund the project, says McWhorter. An announcement about the winning recipients for BUILD grants — which replaced the former Transportation Investment Generating Economic Recovery or TIGER grants — is expected in late 2018.

The short line had submitted an application to the USDOT earlier this year for an Infrastructure for Rebuilding America (INFRA) grant, but the Camp Hall project wasn’t selected as a recipient. The railroad plans to submit another INFRA grant application in the program’s next funding round, says McWhorter.

Palmetto Railways also is trying to secure financing for the more than $300 million intermodal facility it’s developing on a 118-acre site at the former Charleston naval base. The short line has applied for a Railroad Rehabilitation & Improvement Financing loan through the Build America Bureau.

“We’re looking at everything for financing,” says McWhorter, adding that he expects the railroad to land funding by year’s end.

The U.S. Army Corps of Engineers released a final EIS for the project in late June and a record of decision is expected in September. The facility is designed with an annual capacity of 400,000 containers. If the terminal is built out over the next 30 years or so, annual capacity would max out at 700,000 containers, says McCrory.

The majority of construction is projected to start in 2019; the railroad already has completed some demolition and site work. To be built near the Port of Charleston and have access to CSX and NS lines and major interstates, the intermodal facility is slated for completion in first-quarter 2021.

That completion target would coincide with the South Carolina Ports Authority’s goal to finish the Hugh K. Leatherman Sr. container terminal at the Charleston port by 2021, says McCrory. The new 280-acre terminal will help boost the port’s containerized freight capacity by 50 percent.

However, Palmetto Railways’ new intermodal hub will serve all port facilities, and not just the new Leatherman terminal, says McWhorter.

The short line handled containers in the past but doesn’t move many now, so the intermodal facility will spur container traffic growth, says McCrory.

The state department of commerce promotes economic development by assisting with the location of new facilities, offering grants for infrastructure improvements and providing workforce training. Since it’s an offshoot of the department, Palmetto Railways can help with some of that assistance, as well.

“The state has been highly successful in this area,” says McCrory.