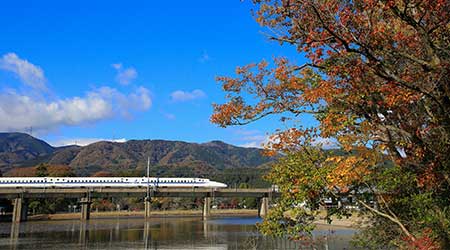 Texas Central officials expect to receive federal approval this summer for construction of its Dallas-to-Houston bullet train proposal, however the project's timeline could be affected by the COVID-19 pandemic, company officials announced late last week.

The company is ready to begin the first phase of construction of its privately funded and operated high-speed rail line once global financial markets stabilize and the federal process is completed. Many of its project partners are based in Europe and Japan, Texas Central Chief Executive Officer Carlos Aguilar said in a press release.

"Our engineering partner is in Italy, our operations partner is in Spain and our technology provider is in Japan," said Aguilar. "Our financial partners are in those countries, as well as here in the United States. Understanding the impact of COVID-19, and the challenges those countries are the U.S. are facing, is a new fact of life. We are already implementing work from home and other measures to deal with the crisis, but still do not know what other impacts this will have."

The company's next immediate step is to continue working with its partner organizations and federal and state agencies, led by the Federal Railroad Administration, to finalize permits, Aguilar said. Based on the company's current schedule from the federal government, Texas Central officials expect that approval to occur by July 31, he said.

"From an execution standpoint, the project is shovel-ready," Aguilar said. "Once we receive our permit approval, our ability to begin construction will be contingent upon financial entities in the United States, Europe and Japan, all of which are dealing with urgent priorities generated by COVID-19, completing their due diligence process."

Texas Central has a contract with the Salini-Impreglio joint venture and its U.S. subsidiary Lane Construction Co. for the design and construction of the bullet train. The train will be based on Central Japan Railway's Tokaido Shinkansen technology in Japan.