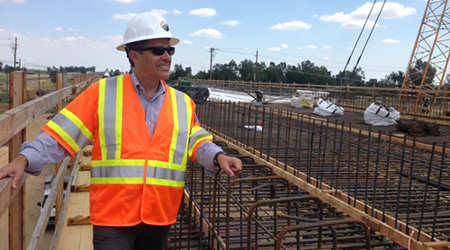 In an April 21 letter to California Gov. Jerry Brown and CHSRA staff, Morales said the time is right "to hand over the reins of the authority to new leadership."

Morales' last official day will be June 2. In the meantime, he'll continue to work to advance program initiatives and assist the CHSRA board in finding a successor.

"I am heartened to know there is strong talent — and interest — out there ready to take on this role," he wrote.

In May 2012, Morales was named CEO to replace Roelof van Ark.

Before that, Morales served as senior vice president of Parsons Brinckerhoff, where he worked with transportation agencies across the United States and around the world.

He also served as executive vice president of the Chicago Transit Authority and director of the California Department of Transportation.

"Jeff has successfully built the organization over the past five years and we’re grateful for his leadership. He moved the High-Speed Rail project from the planning phase into construction, laying the groundwork for commercial operation," said CHSRA Chairman Dan Richard in a press release.