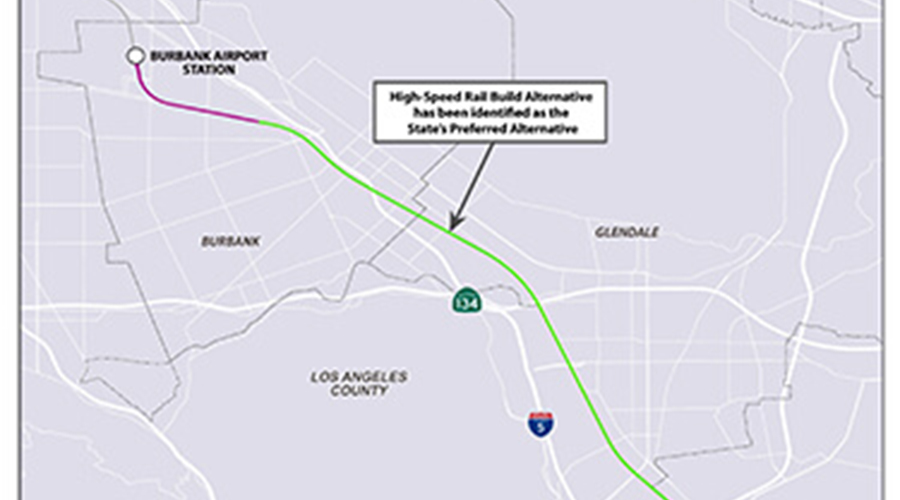 The studies will be presented to the CHSRA's board for consideration in January 2022, authority officials said in a press release. If approved, the 14-mile stretch of high-speed track would be the second high-speed rail installation in Southern California to be environmentally cleared – after the approval of the Bakersfield-Palmdale Project Section in August — and the first in the Los Angeles basin.

The Draft EIR/EIS was released for public review in May 2020 and CHSRA responded to public comments during the public review period. The project would require the building of a new Hollywood Burbank Airport Station to connect to the existing Los Angeles Union Station, both of which are intermodal hubs in the region. It would also use existing rail track next to the Los Angeles River that travels through Burbank, Glendale and Los Angeles, which would decrease rail congestion, officials said.

“The authority has committed to and will continue investing in modernizing and improving rail infrastructure in Southern California as this investment brings benefits to the region,” officials said in the press release.