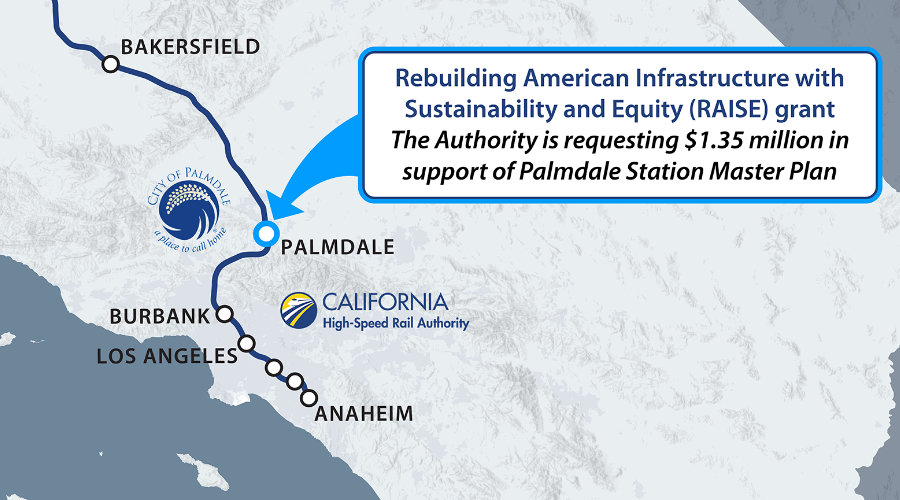 The California High-Speed Rail Authority (CHSRA) entered into an agreement last week with the city of Palmdale to supply matching funds for a grant application to the U.S. Department of Transportation’s Rebuilding American Infrastructure with Sustainability and Equity (RAISE) program.

If awarded, the grant will support completion of the city’s station implementation master plan.

CHSRA is requesting a $1.35 million RAISE grant to fund development of the master plan for the multimodal future Palmdale high-speed rail station. The RAISE funding would enable the CHSRA and the city to advance conceptual design of a rail and transit center in downtown Palmdale, authority officials said in a press release.