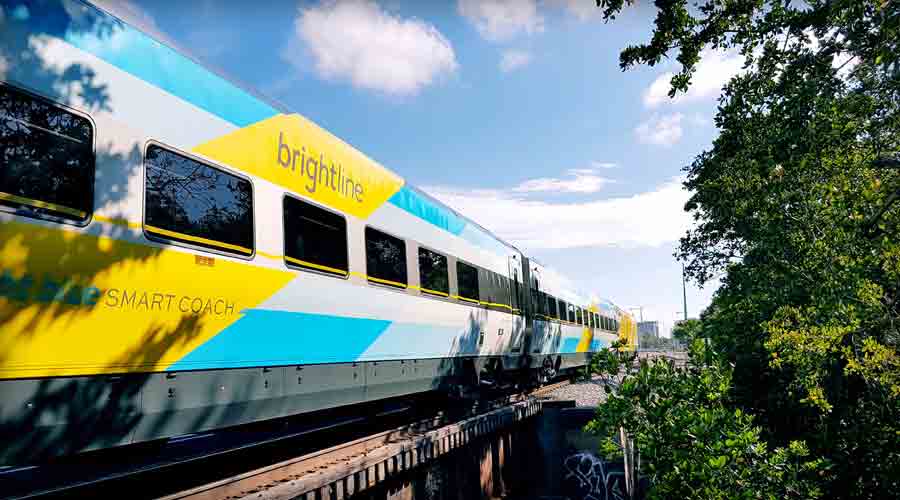 Brightline will replace a 96-year-old railroad drawbridge over the Loxahatchee River in Jupiter, Florida, as part of the passenger railroad company's $2.7 billion Orlando expansion plan.

As one of two movable bridge structures on the Orlando expansion project, the drawbridge represents a critical connection between South and Central Florida, Brightline officials said in a press release. The project will require the navigation channel to be closed for six weeks between April and May. Freight traffic will also be briefly suspended.

Brightline is also rehabilitating the entire 583-foot-long Loxahatchee River Bridge with a full replacement of the electrical system and operating machinery, as well as the addition of a second track. The agency is coordinating efforts with the U.S. Coast Guard, Jupiter Inlet District, Florida East Coast Railway and local municipalities during the construction period. Led by contractor Scott Bridge Co., the project is expected to be finished later this year.

The project is one of the more complex construction projects along Brightline's Orlando extension, said Michael Cegelis, executive vice president of rail infrastructure and development.

Installation of the new drawbridge will require multiple barges and cranes in the navigation channel. The structure will be loaded onto barges and floated into place, blocking the waterway from boat traffic. At the start and end of the 52-day project, no boat traffic will be allowed to pass and freight traffic will be briefly suspended. During the 6-week work period in between, the temporary span for the railroad bridge will be lifted out two times a day to accommodate the busy waterway and let boats pass.