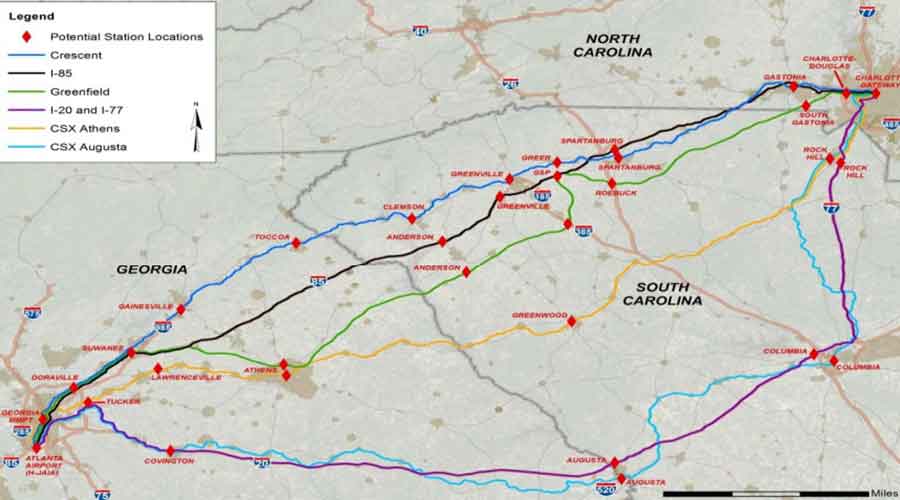 The draft compared three alternatives, two of which are "true" high-speed rail lines, according to a High Speed Rail Alliance newsletter. The Federal Railroad Administration defines "high-speed rail" as traveling between 90 mph and 150 mph or higher.

The Atlanta-to-Charlotte route is part of the Southeast High Speed Rail Corridor. Ultimately, the corridor would feature a high-speed rail route from Washington, D.C., through Richmond, Virginia, and Raleigh and Charlotte, North Carolina, and then on to Atlanta.

The DEIS can be read by clicking on this link.