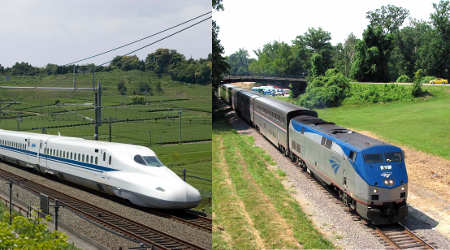 Amtrak and high-speed rail developer Texas Central have reached an agreement that will enable passengers to use Amtrak's reservation system to buy tickets for the future Dallas-to-Houston bullet train.

The "through-ticketing" option is aimed at facilitating transfers between the high-speed route and Amtrak stations in the area, Texas Central officials said in a press release.

Texas Central also will be able to purchase various Amtrak services, including training, marketing and sales.

Amtrak hasn't operated service between Dallas and Houston since 1995, when a leg of the Chicago-to-San Antonio/Los Angeles Texas Eagle route was discontinued. Texas Central will provide service to this market, including Texas A&M University, with a stop serving Bryan-College Station and Huntsville in the Brazos Valley.

The FRA issued its draft environmental impact statement in December 2017 and is now reviewing public comments on the document.

Meanwhile, Amtrak late last week held a ribbon-cutting ceremony for a new station in Marks, Mississippi, along its City of New Orleans route. 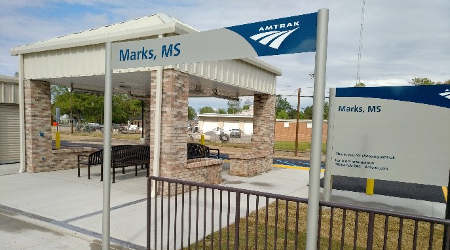 The new stop is about halfway between existing stations in Greenwood, Mississippi, and Memphis, Tennessee.

The $1.2 million station was partially funded by a $500,000 grant from the Federal Highway Administration and appropriated through the Mississippi Department of Transportation, with a 20 percent local match from Quitman County, Mississippi.