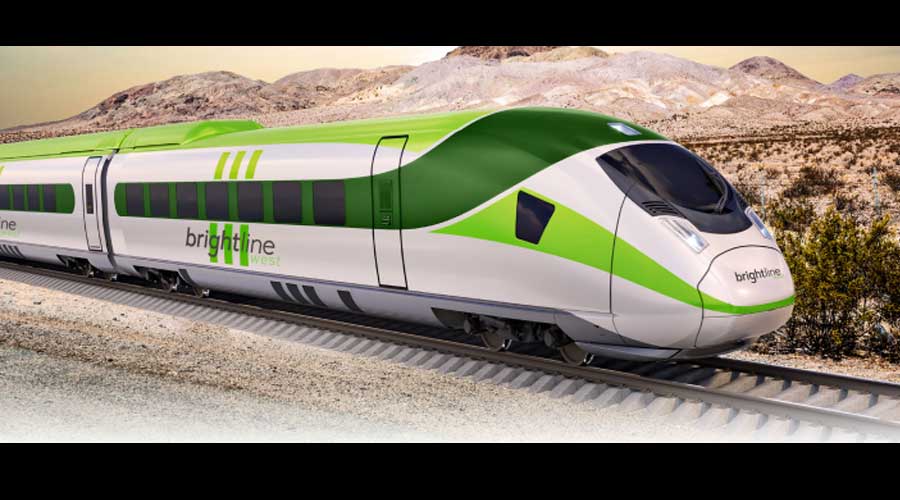 Brightline Holdings, the developer of the proposed high-speed rail line between Southern California and Las Vegas, has launched a new website with details on the project's construction.

The site reports that early works construction on "Brightline West" is expected to break ground late this year on the High Desert segment, which will connect Victor Valley and Las Vegas.

The 260-mile high-speed rail system will feature fully electric, zero-emission trains and reach speeds of up to 200 mph, Brightline officials say on the site. Expected travel time is about three hours, or twice as fast as drive time.

The privately funded project is expected to create 40,000 construction jobs and generate a $9 billion economic impact, company officials say on the website.

Brightline's first passenger-rail system, a high-speed line between Miami and West Palm Beach, Florida, will add an Orlando extension in the second half of 2022.