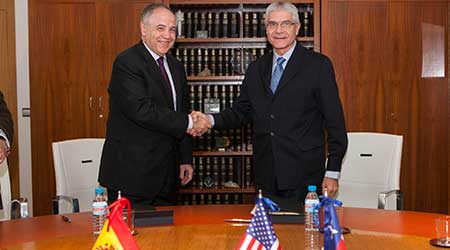 With its decades of experience, Spain-based Renfe was a "natural fit" to join Texas Central’s other partners, Texas Central officials said in a press release.

The Renfe deal means the railway now has its operator, design-build and technology teams on board with the project, which calls for establishing a 200-mph passenger-rail service between North Texas and Houston.

Other project team members include Salini Impregilo, along with its U.S.-based subsidiary The Lane Construction Corp., which will oversee the civil construction consortium that will build the rail line. San Francisco-based construction firm Bechtel, which has an office in Houston, will serve as the project manager.

Texas Central announced earlier this month that it selected Renfe as train operator.