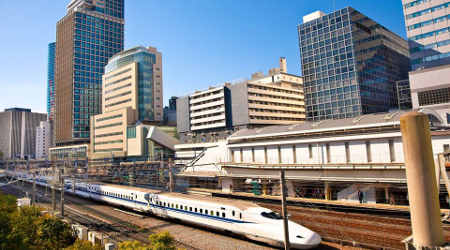 Bechtel will support the company in managing the project as it moves from development to implementation, Texas Central officials said in a press release.

The value of the contract was not disclosed.

The announcement is the latest significant step forward for the investor-led project — a 200 mph train that will connect the state's largest cities in 90 minutes, with a midway stop in the Brazos Valley, Texas Central officials said.

"The addition of Bechtel, with its experience in train and mega-infrastructure project experience, is another sign of the expertise this project is attracting and leveraging," said Texas Central Chief Executive Officer Carlos Aguilar.

Bechtel is a U.S.-based company with an office in Houston and about 2,000 employees in Texas.

"We look forward to using our international high-speed train experience to progress this transformative project in the United States," said Scott Osborne, Bechtel’s infrastructure general manager, Americas. "The high-speed connection between Houston and North Texas will begin a new era of travel and convenience for riders."