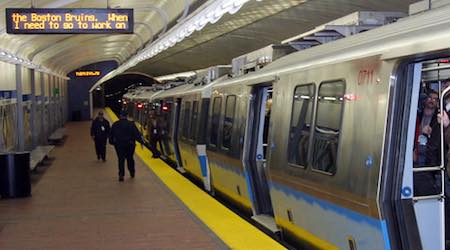 The agency's actual structural deficit now stands at $85.9 million, down from the previous estimate of $169.6 million, according to a press release issued by the Massachusetts Department of Transportation (MassDOT).

"We remain focused on our goal of putting the MBTA on track to financial sustainability through internal cost-controls and aggressive growth of advertising, parking and real estate revenues," said MBTA General Manager Brian Shortsleeve. "We continue to work toward reducing the T’s structural deficit and putting the organization on a sound fiscal footing that will enable us to serve our riders and increase capital investment in the system."

The agency's "own-source" revenue from sources such as real estate and parking grew by $15.9 million, marking a 37 percent increase over the previous fiscal year.

However, the MBTA's total wage and benefit expenses inched up 1 percent compared with wages and benefits in FY2015.