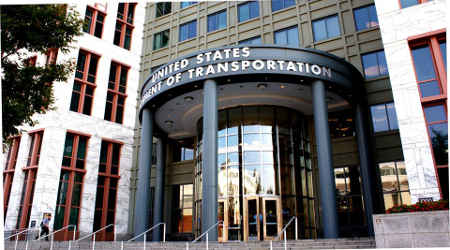 The U.S. Department of Transportation (USDOT) has unveiled its first report on data measuring the rail industry's progress in manufacturing and modifying rail cars that transport flammable liquids.

Prepared by the department's Bureau of Transportation Statistics, the report is required under the Fixing America's Surface Transportation (FAST) Act of 2015. The bureau prepared the report in coordination with the Pipeline and Hazardous Materials Safety Administration.

The FAST Act calls for the department to collect data on the number of tank cars that have been built or modified to meet higher safety standards for the transportation of flammable liquids such as crude oil.

Congress has mandated the rail industry to phase out the use of DOT-111 rail cars for carrying hazardous materials or flammable liquids. The National Transportation Safety Board has called for replacing DOT-111 tank cars with DOT-117 cars as soon as possible.

At the end of 2016, 9 percent of the tank cars used to transport class 3 flammable liquids met the new safety standards, up from 2 percent in 2015, according to the new report, "Fleet Composition of Rail Tank Cars that Transport Flammable Liquids: 2013-2016."

Eighty-nine percent of the newer model DOT-117s and DOT-117Rs were used to carry crude oil and ethanol.