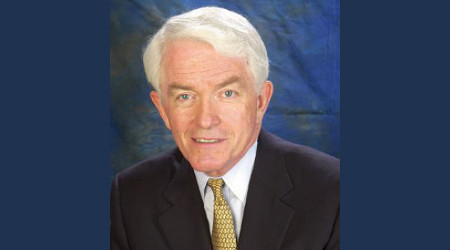 The U.S. Chamber of Commerce this week proposed increasing the federal gas tax by 25 cents per gallon to help pay for critical infrastructure projects.

The proposed increase was among a series of principles the business lobby is offering in a bid to help shape the debate about upgrading U.S. roads, bridges, airports and other significant infrastructure projects, U.S. Chamber officials said in a press release.

Chamber President Thomas Donohue noted that it would be "a tough vote" in Congress to raise the gas tax for the first time since 1993. However, he argued that support has been building for it in the business community.

Not only hasn't the tax been raised in 25 years, it isn't indexed to inflation, Donohue noted. That has put the Highway Trust Fund in a precarious position, he said.

The chamber's proposal comes as Congress gears up to receive President Donald Trump's long-awaited infrastructure package. Although White House officials haven't specifically said when it will be released, many on Capitol Hill expect its arrival late this month or early February.

The Association of American Railroads (AAR) also has called for shoring up the Highway Trust Fund, which pays for major infrastructure projects and transit agencies (through the fund's Mass Transit Account.)

The Congressional Budget Office has predicted that the fund revenue generated by the gas tax will fall short by at least $19 billion annually from 2021 through 2026, AAR President and Chief Executive Officer Ed Hamberger noted earlier this month in a column in The Huffington Post.

"Clearly there is no magic bullet to addressing the shortfall, however, policymakers can start by putting all solutions on the table," Hamberger wrote. "This includes a rightsizing of the gas tax, as the [American Trucking Association], for instance, embraces, a vehicle miles traveled (VMT) tax for road and highway use, tolling highly trafficked roads and/or a weight distance fee to account for varying impacts on public infrastructure."