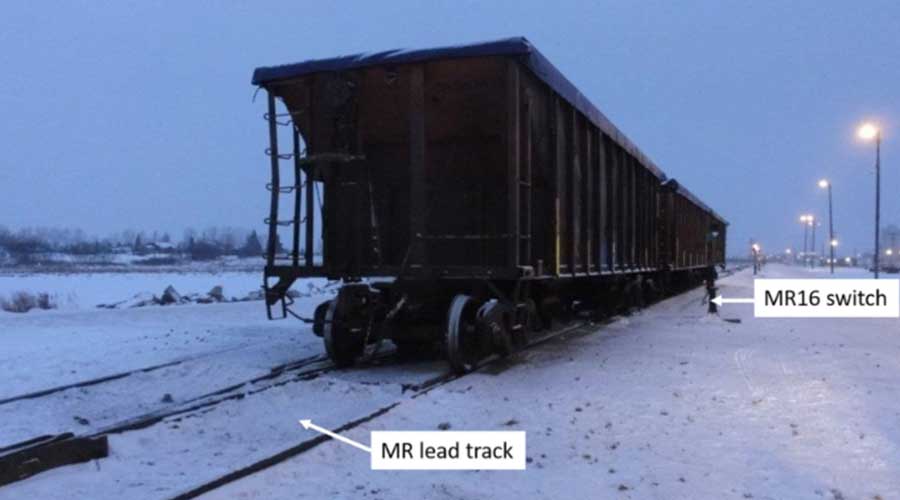 The Transportation Safety Board of Canada (TSB) has recommended that railroads and their labor representation work with Transport Canada to reduce the number uncontrolled movements in rail yards, specifically those caused by rail cars moved without the use of air brakes.

The recommendation stems from the TSB's investigation of a 2017 incident involving the uncontrolled movement of a rail car at CN's Melville Yard in Saskatchewan. The incident resulted in the death of a CN employee.

"Switching cars without use of air brakes in rail yards is a routine railway industry practices, but that requires a certain degree of skill, experience and judgment to do safely," said TSB Chair Kathy Fox in a press release. "Since 2009 there have been 185 occurrences involving switching without air, and these are on an upward trend. This tells us that current defenses are not sufficient to reduce the number of uncontrolled movements."

The TSB report on the incident can be read here.

The board is calling on Transport Canada to work with the industry and labor unions to identify the causes of uncontrolled movements that occur while switching without air, and develop and implement strategies and regulations to reduce their frequency.

In the Melville Yard incident, both crew members were found to be qualified but relatively inexperienced, TSB officials said. Due to extensive employee turnover in the industry over the past few years, it's not unusual for two most junior and least experienced employees to be working together in a yard, board officials said.

Since the accident, CN has changed the track configuration at Melville Yard, and prohibited the kicking of cars uphill. CN also identified 857 similar open-top hopper cars in its fleet and inspected them all, particularly in the area of the bell-crank bracket, to ensure safe operation.