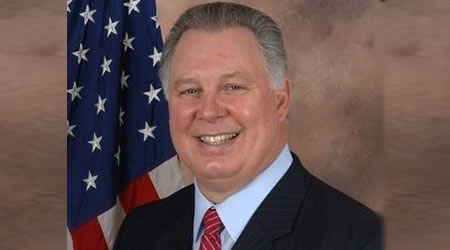 U.S. Rep. Albio Sires (D-N.J.) has introduced legislation that would require the Federal Railroad Administration (FRA) to notify members of Congress when a comprehensive safety audit is being conducted on an intercity or commuter-rail agency that serves their district.

Under Sires' bill — H.R. 543 — FRA officials would need to notify the district's senators, representative and relevant congressional committees within 10 days of initiating a safety assessment. After concluding the review, the FRA would have 90 days to report the findings and recommendations.

"Members of Congress and senators must know when and why these safety assessments are underway so that we may inform our constituents and work on ways to provide assistance," said Sires in a press release.

The U.S. House passed a version of the bill in the 115th session of Congress. The legislation was prompted by a "deep audit" that the FRA launched of New Jersey Transit safety violations following a fatal train accident in Hoboken in 2016. Relevant members of Congress and the public were not aware of the safety review at the time it was launched, according to Sires.

"My constituents and I never want to be caught off-guard by an unsafe rail transit agency — particularly when the federal government has been investigating it," Sires said. "This bill has previously been approved by the House and I look forward to making the case to my colleagues in the 116th Congress that we are all better served by a transparent and responsive rail safety oversight."