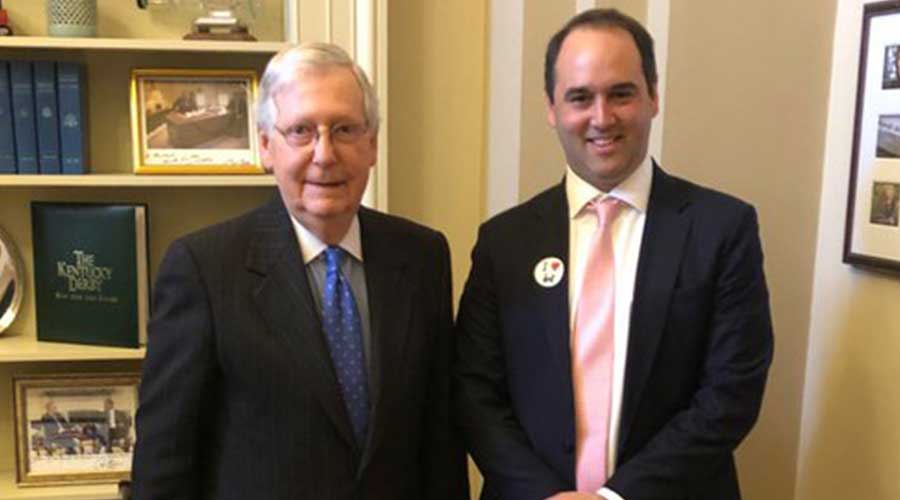 On Wednesday, 450 railroad industry employees visited 330 House and Senate offices as part of the industry's Railroad Day on Capitol Hill in Washington, D.C.

The annual gathering calls together professionals from all sides of the freight-rail table — Class Is, short lines, labor unions, shippers and manufacturers — to support the rail industry.

"The U.S. freight rail industry is the world’s premier freight rail system and is almost entirely privately funded. It is imperative that Congress understand our challenges so that policymakers can ensure that the industry remains a competitive, effective, and environmentally sustainable form of transportation, connecting industry and small towns to the U.S. and world economies," said Chuck Baker, president of the American Short Line and Regional Railroad Association (ASLRRA), in a press release.

In meetings throughout the day, industry representatives encouraged elected officials to include a permanent extension of the Section 45G short-line tax credit, Baker said in an interview.

ASLRRA members and other rail industry professionals hope Congress will include a permanent extension of 45G in surface transportation reauthorization legislation that's being written on Capitol Hill this spring.

Other topics that railroaders brought to lawmakers' attention included a request to reject proposals that call for an increase in the size and weight of trucks on the nation's roadways; and a request to preserve a balanced economic regulatory environment for freight railroads.

The first Railroad Day on the Hill was held nearly 20 years ago. Each meeting in a lawmaker's office "is an opportunity to make a connection and educate staff on district impacts of legislative actions that affect the railroads and the thousands of customers and communities that depend on our service," said Baker.